The actions of the driver of a car that that hit two horse riders are being investigated by police. 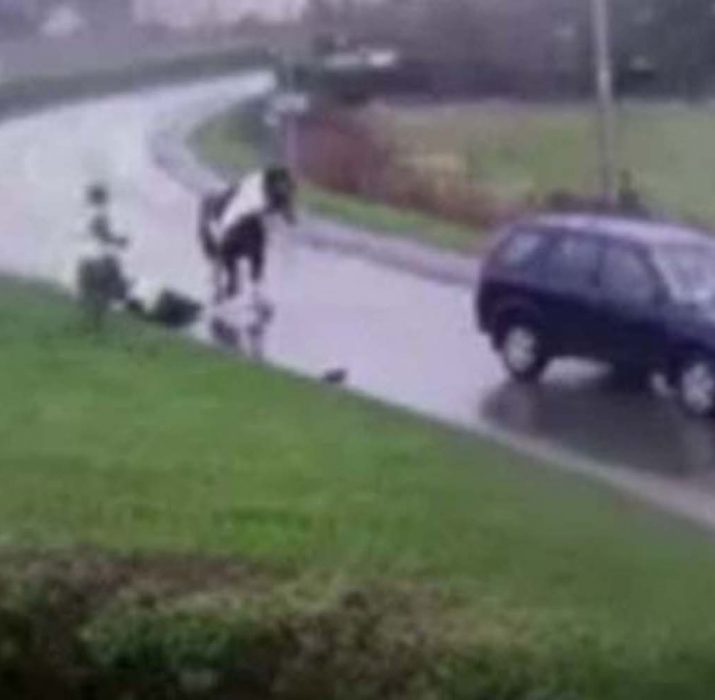 The actions of the driver of a car that that hit two horse riders are being investigated by police.

Cambridgeshire Police confirmed the driver had not been arrested and the incident in Witcham, near Ely is being investigated in the same way all road traffic collisions are.

Emergency services were called to the scene of the accident at around 11.30am on Friday, March 3.

Shocking footage of the incident shows a car on the wrong side of the road hit two horse riders.

The horses are seen trotting along a road at the start of the film, before being hit by a blue car.

The horse that was hit is shown flying into a 360 degree turn, while its rider was left hurt on the floor in the incident.

The second rider was left shocked and bruised.

Emergency services were called shortly after, and the rider left on the floor was transferred to Addenbrooke’s Hospital with minor injuries.

The car can be seen pulling up to the side of the road towards the end of the footage.

A Cambridgeshire Police spokesperson said: “Police attended the scene to reports of an RTC with two riders and two horses. Both the riders and horses were not seriously injured.

“Police are investigating the incident and are making enquiries.”