Hull AKM and Cem Evi had its new buildin’s launch

One of the UK’s Alevi Cultural Centre Cem Evi’s Hull AKM and Cem Evi had its board of directors meeting along with a launch for its new building. 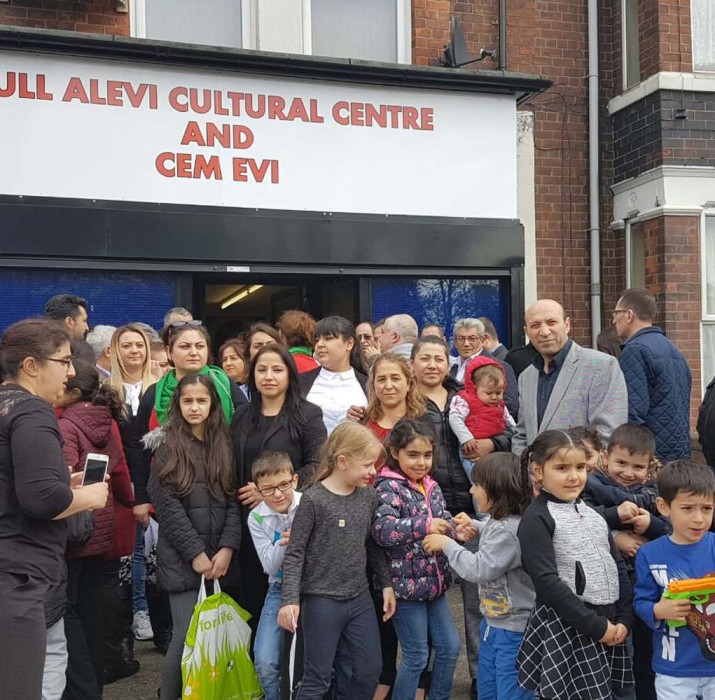 One of the UK’s Alevi Cultural Centre Cem Evi’s Hull AKM and Cem Evi had its board of directors meeting along with a launch for its new building.

The launch, was also dedicated to those who had lost their lives on Maydays for a fairer life. National anthem and stand in silence was followed by the commemoration. Amongst the attenders, were UK Alevi Federation president Israfil Erbil, Mehmet Yuksek Dede, BAF vice-presidents Ismail Arslan and Zeynep Demir, Ozlem Sahin from the women branches, Doncaster AKM and Cem Evi vice president Hülay Dalkılıç, York AKM and Cem Evi president Mehmet Durna. Every distinguished guest made a speech on the significance of the day along with the board of directors’ new member elections. Many new members were welcomed to their new roles as 28 new members were elected.

The new Hull AKM and Cem Evi building is based in 724 Anlaby Road, Hull, HU4 6BP