Flames ripped through a bakery on a Tottenham industrial estate at the weekend leaving the premises a blackened unsafe ruin. 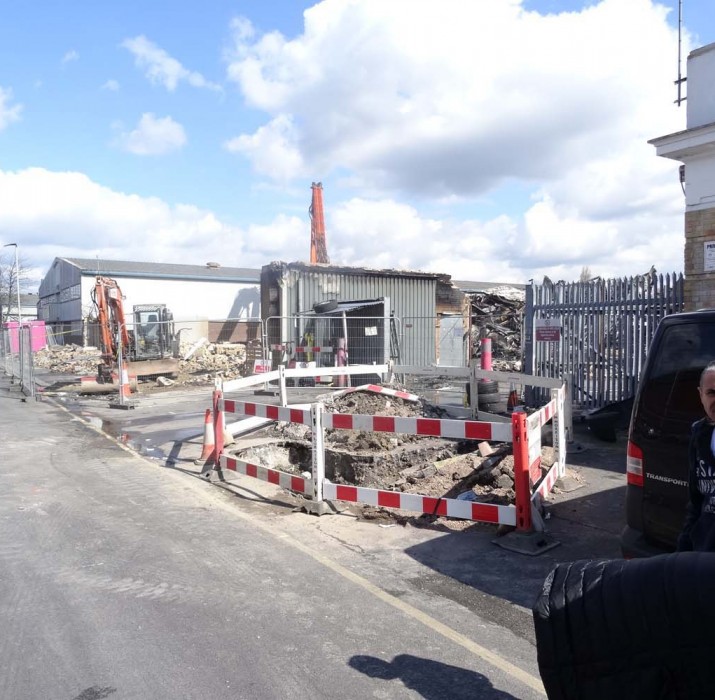 Flames ripped through a bakery on a Tottenham industrial estate at the weekend leaving the premises a blackened unsafe ruin. As being a bakery which is widely known by especially the Turkish-spoken community had a serious risk to collapse.

The roof of the single-storey building in West Mews, Northumberland Park, buckled and collapsed under the intense heat as more than 70 firefighters tackled the inferno during Saturday night and the early hours of Sunday.

Tottenham Fire Station Manager, Ian Frame said: “Crews were confronted with a large fire when they arrived and worked hard to confine it to the bakery and stop it from spreading to any neighbouring factory units.

“There was some fuel stored on site but crews isolated the supply and it was not involved in the fire.”Thankfully, there were no injuries.”