A night of evocation for Ezidi women

A night aimed to honour Ezidi woman who fled Syria after being held as hostages by Isis militants had taken place in London. 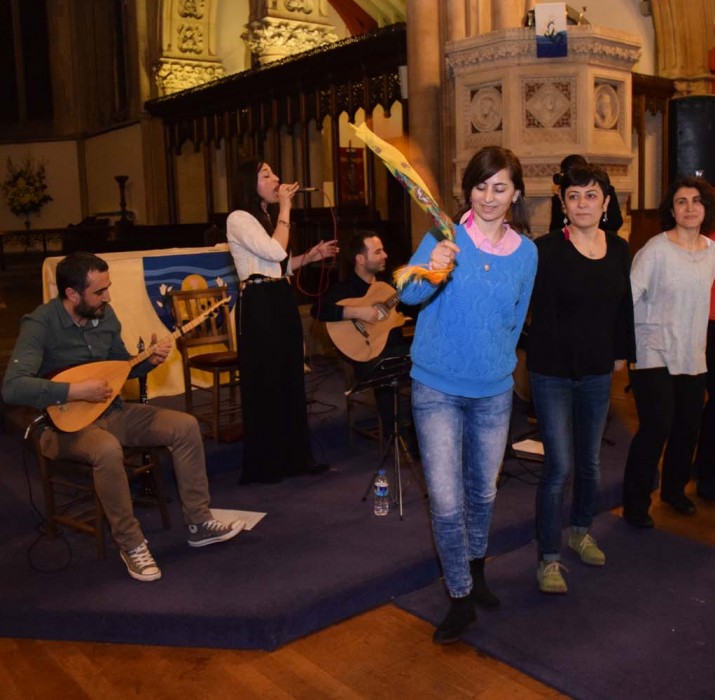 A night aimed to honour Ezidi woman who fled Syria after being held as hostages by Isis militants had taken place in London.

Famous harp player, Tara Jaff and vocalist Suna Alan performed in this special night. The concert took place in St. Mary’s Parish Church, Stoke Newington area. One of the other objective of the night was to raise fund. Due to the great number of attendance, total of 3.000 pound were raised. Apart from the ticket sales, organization gathered money through extra earnings. The oriental food sale and jewellery sale were among the things that helped raise fund. The half of the money will be used for “Abducted Women Platform”, the remaining sum will be donated for enhancing Ezidi women’s wellbeing.

The member of the volunteering team, Imren Oztas talked about the great tragedy Yezidi women had to bear in the civil war. She urged for more solidarity for the great sorrow the women have gone through.

The unfortunate incident, has taken place on August of 2014. Isıs militants occipied Sengal which is heavily populated by Ezidis. According to the official announcements of UN, a total of 400 thousand Ezidi were forced to move away, which created a wave of migration. 3 thousand 400 people are still held hostage. Some claimed to have been forced to sex slavery.