France, Calais and Dunkirk, has been home to scenes resembling the Dunkirk Evacuation of British and French troops during world-war 2; devastation, exhaustion, unfortunately, is a daily occurrence for Syrian refugees, fighting for survival, waiting for a humanitarian evacuation, in what can only be called ‘wastelands’. 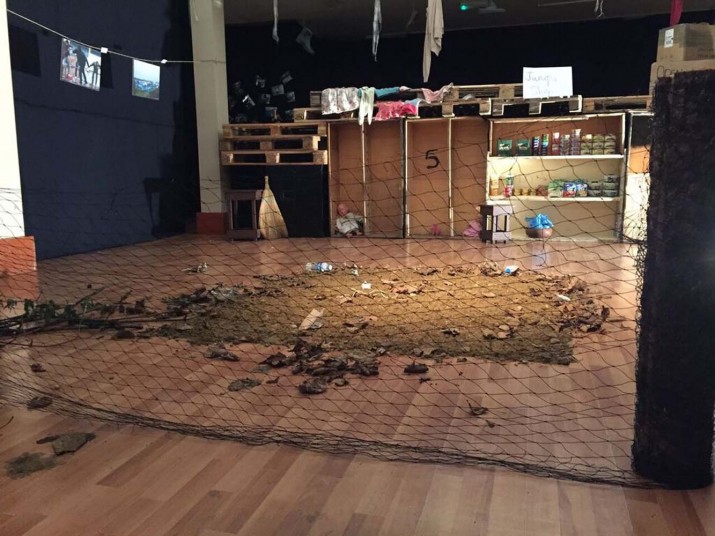 France, Calais and Dunkirk, has been home to scenes resembling the Dunkirk Evacuation of British and French troops during world-war 2; devastation, exhaustion, unfortunately, is a daily occurrence for Syrian refugees, fighting for survival, waiting for a humanitarian evacuation, in what can only be called ‘wastelands’.

It is, again, unfortunately, an almost impossible task to reflect the crisis, with all its angels, to people who do not have the opportunity to visit or are not a Syrian refugee themselves. However, Daym-mer’s photo exhibition has proved ‘successful’ in bringing Calais and Dunkirk into a gallery in London, Tottenham.

The atmosphere, sometimes hopeless but always sad, was reflected well in the decoration and photographs of the exhibition, which took place on Sunday. Photographers Erem Kansot, Edward Jonkler, Ceren Sagir and Sena Kartal conversed with all guests, explaining the exhibition’s 50 or so photographs, and the situations refugees face. Nick Elwood and Sven Kauler, photographers, could not be at event; but a statement from both was released, thanking the guests for their time.

Guests had the opportunity to write their messages for the refugees. A box, now full of circa 150 messages, is due to be taken to Calais and Dunkirk on the 27th February, 2016, during the third Day-Mer visit.

Money Donations (Needs will be brought with the money)