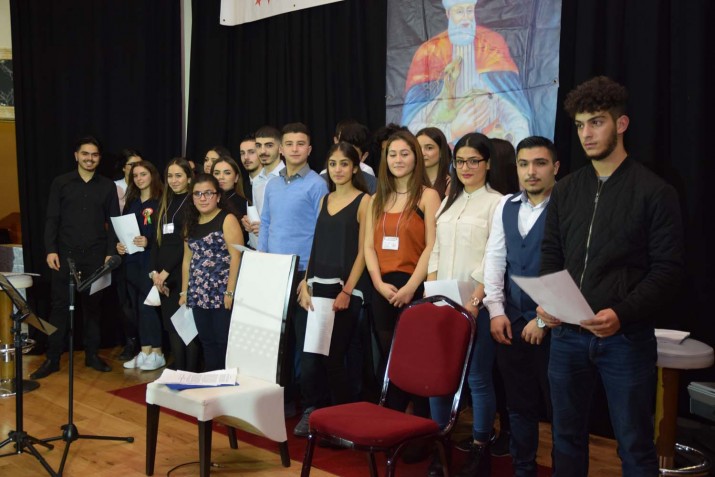 Britain Alevi Culture Centre and Head of Cemevi Turgay Hurman, who began his opening speech with a warm welcome and hello to guests explained the support they are providing for young people and they will always be there for them when required. Hurman also explained that they are the only Turkish speaking association to be awarded The Duke of Edinburgh’s Award Certificate.

Followed by Hurman, Head of Britain Alevi Federation İsrafil Erbil gave a enthusiastic speech where he said: “It’s not important how many of us there, what is important is what we do, what we think and the steps we take. It’s all your efforts that give us a voice and motivate us to speak up in Houses of Parliament.”

Younger directors also spoke on the night who said that despite all the difficulties, they are taking definite steps without giving up, becoming tired and are filled with the same hope and excitement as we were on the first day. They will continue to fulfill our roles and thanked everyone who has by them.

İsrafil Erbil and Turgay Hurman were award with plackets. Members of the England Alevi Youth Association took the stage and gave a join reading.

Traditional Turkish singers Muharrem Temiz and Gülten Benli also performed song on the night and there were also performances of traditional folk-dancing.