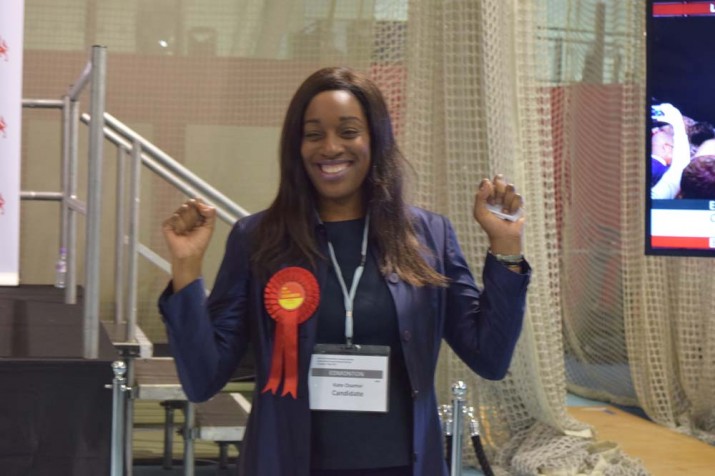 Labour’s Kate Osamor swept to victory in her first electoral test after being selected as her party’s candidate to follow Andy Love.

Mr Love, who announced in January he was stepping down after 18 years in parliament, was in the crowd to see Ms Osamor win 25,388 votes, a crushing majority of 15,419 over her Conservative rival.

Conservative Gönül Daniels, who stood in Enfield North as an independent at the last election, was placed second

She told Londra Gazete after her victory: “I’m really excited and I’m really looking forward to serving the people of Edmonton. I was given a clear mandate to serve them.”

She pledged to use her role and her experience as a practice manager to look into healthcare provision in the community, particularly following the recent death of a Turkish toddler at North Middlesex Hospital.

Her Conservative rival, the Turkish Cypriot Gönül Daniels, won 9,969 votes. She was followed by UKIP candidate Neville Watson on 3,366; the Greens’ Douglas Coker on 1,358, Liberal Democrat David Schmitz with 897 votes and the TUSC candidate Lewis Peacock with 360.