A LAW STUDENT of Kurdish origin at the centre of one of the most secretive court cases in British legal history is to face trial again. 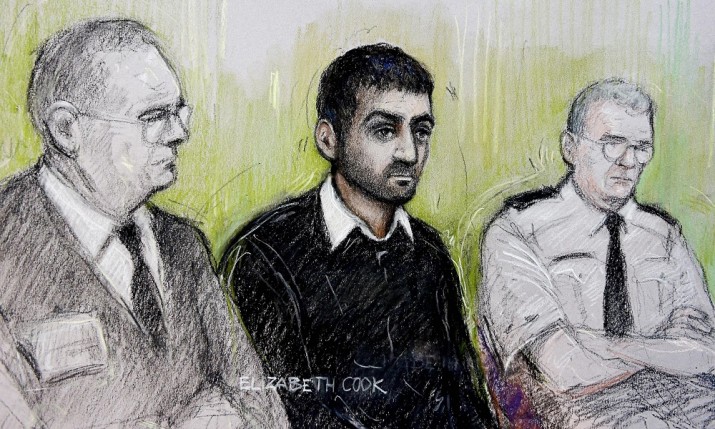 A LAW STUDENT of Kurdish origin at the centre of one of the most secretive court cases in British legal history is to face trial again.

Erol İncedal, 26, who has Alevi and Kurdish roots, is accused of plotting a Mumbai-style Islamist attack and targeting the former prime minister Tony Blair.

He denied the charges at the first trial, but after deliberating for five days the seven women and five men of the Old Bailey jury were discharged on Tuesday morning by Mr Justice Nicol.

TRIAL IN THE NEW YEAR

Prosecutor Richard Whittam QC told the court that the Crown would seek a retrial on a date to be fixed, probably in the New Year.

The jury, which retired at 11.13am last Wednesday, had been deliberating its verdicts for 23 hours and 35 minutes.

During the trial, the court heard that Mr İncedal was stopped and arrested by police on September 30 last year for driving his black Mercedes car at 60mph in a 40mph zone with no licence and insurance.

Officers discovered a slip of paper with the address of former prime minister Mr Blair and his wife Cherie on it in the car and planted a bug which picked up Mr İncedal’s conversations in the following days.

The defendant, who was born in Turkey, was heard on tape to complain about “pigs” to his wife and talking about going to a “Plan B”.

He said: “I made a big mistake. Some very important stuff was in the car. If they find it, I would be fucked.”

Accredited journalists were allowed to witness but not report on the majority of proceedings during the trial at the Old Bailey.

Two thirds of evidence – 40 hours – was heard behind closed doors in total, while 12 hours were in open court and accredited reporters were permitted to attend a further eight.