A “very special” engagement ring worn by a former nurse as she cared for victims of the Blitz in the Second World War has been stolen. 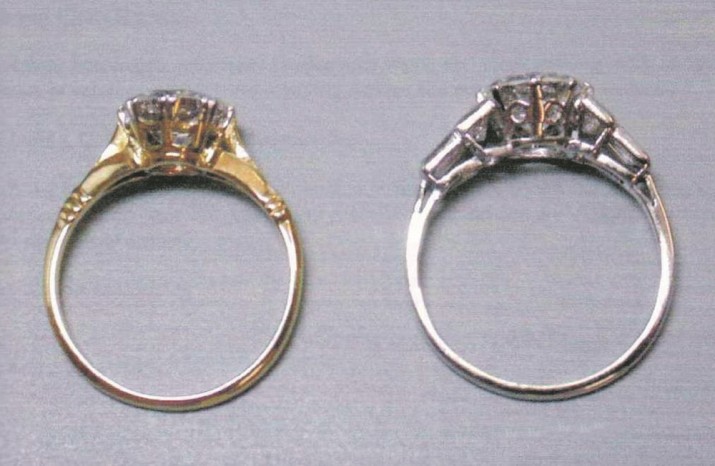 A “very special” engagement ring worn by a former nurse as she cared for victims of the Blitz in the Second World War has been stolen.

The ring was taken during a burglary and the daughter of its original owner, who died last year aged 95, is appealing for help getting it back.

It was among a number of heirlooms taken during a break-in in Richmond, south-west London.

The victim’s late mother was a nurse during the war and cared for those hurt during Germany’s aerial bombardment.

She wore the ring around her neck under her nurse’s uniform. It was described as a single stone diamond ring mounted in a platinum eight claw setting, with two baguette diamonds on each shoulder and a platinum band.

The victim, who has not been named, said: “My mother was a most loving and gentle person and she and my father were devoted to each other.

“In the last two years of my father’s life she cared for him at home under heart-breaking circumstances as he was suffering from a brain tumour and did not know who she was.

“My mother died last year aged 95. Her engagement ring is very special and I urge anyone who may have any information about it to contact the police. Even though the burglars took many other items, if only one item could be restored to me, it would be my late mother’s ring.”

Detective Constable Gary Smith said: “Burglars fail to realise that when they commit a burglary they don’t only steal people’s possessions but also they take along with them memories which are priceless and cannot be replaced.”