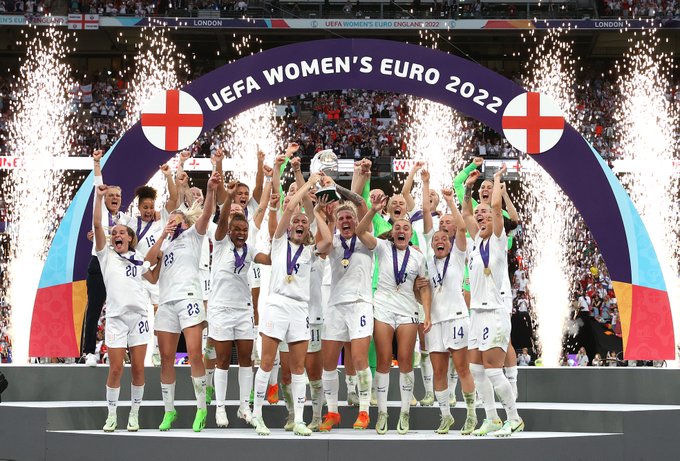 England’s Euro 2022 final win over Germany was watched by a peak BBC One television audience of 17.4 million, making it the most-watched women’s football game on UK television.

There were a further 5.9 million streams of the game on the BBC iPlayer and the BBC Sport website and app.

A record crowd of 87,192 watched the game at Wembley Stadium.

Ella Toone and Chloe Kelly got the goals as the Lionesses gave England a first victory in a major international tournament since the men’s World Cup triumph of 1966.

The previous highest peak TV audience for women’s football in the UK was 11.7 million for England’s World Cup semi-final defeat by the United States in 2019.

Last year’s Euro 2020 final between England and Italy at Wembley, which was broadcast on both the BBC and ITV, peaked at 30.95 million viewers with an average of 29.85 million watching.

That was the highest TV audience since the funeral of Diana, Princess of Wales in 1997.