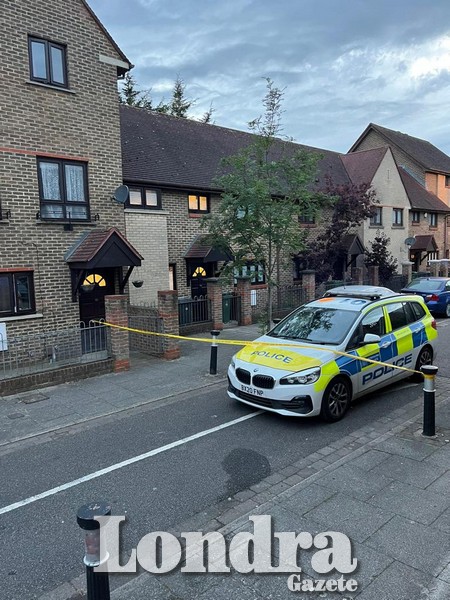 A teenage boy has been left with life-changing injuries after being attacked with a “corrosive substance” in east London.

The 18-year-old was beaten in a fight that broke out at 8.25pm in Walnut Road, Leyton on Saturday.

Officers and paramedics rushed to the scene to find the victim suffering from serious injuries.

Police believe that a corrosive substance was also thrown at him during the brawl.

He was taken to hospital for treatment where his condition was described as life-changing but not life-threatening.

The incident took place just a stone through away from a busy main road, outside of a residential street. 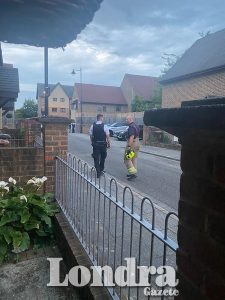 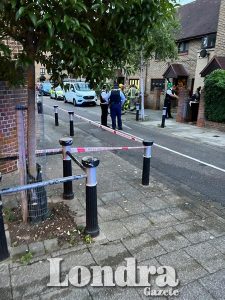 Locals rush to the scene where a Londra Gazete journalist was also close by, during a Facebook live broadcast residents from the surronding house and locals watching on.

Locals rush to the scene where a Londra Gazete journalist was also close by, during a Facebook live broadcast residents from the surrounding house and locals watching on.

During this period a young man was being treated in the ambulances and another was having his arm washed outside in case he had come in contact with any of the corrosive substance thrown.

Detectives would like to speak with anyone who was in the area of Larch Road and Walnut Road on June 18.

Police would also like to hear from anyone who has dash cam or CCTV/doorbell footage from between 8pm and 9pm.

Anyone with information that could assist police is asked to call 101 or tweet @MetCC and quote reference CAD 7403/18Jun. Alternatively, you can provide information anonymously via the independent charity Crimestoppers on 0800 555 111.