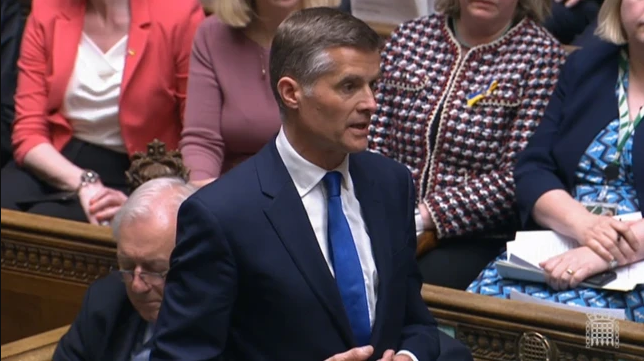 A Conservative MP has submitted a letter of no confidence in Boris Johnson and accused the Prime Minister of not being ‘worthy’ of his position.

Former Tory chief whip Mark Harper has made the damning intervention after the PM was fined for breaking coronavirus laws.

Mr Harper tweeted a letter to the chair of the 1922 Committee of backbench
Conservatives stating that he no longer has confidence in Mr Johnson’s leadership.

He told MPs: ‘Our country needs a Prime Minister who exemplifies those values.

‘I regret to say that we have a Prime Minister who broke the laws that he told the country they had to follow, hasn’t been straightforward about it and is now going to ask the decent men and women on these (Conservative) benches to defend what I think is indefensible

‘I am very sorry to have to say this but I no longer think that he is worthy of the great office that he holds.’

Mr Johnson responded: ‘I know the care and the sincerity with which he weighs his words and I bitterly regret what has happened…

‘But I do believe that it is the job of this Government to get on with the priorities of the British people and that is what we are going to do.’

In his letter, Mr Harper, the MP for Forest of Dean, accused the PM of presiding over a ‘toxic culture in No 10’.

He added that it was ‘difficult to avoid the conclusion that the Prime Minister has misled Parliament’.

Under the ministerial code, ministers should resign if they mislead Parliament.

Various other Conservatives have submitted letters but the exact number is not revealed unless the tipping point is reached.

Mr Johnson has refused to resign after he and his wife Carrie and Chancellor Rishi Sunak were also issued with fixed-penalty notices (FPN) last week.

MPs will vote on Thursday on whether to refer the PM to the privileges committee.

Liberal Democrat leader Ed Davey says it is “profoundly damaging to our great country” to have a prime minister the public no longer trusts.

“The public have made up their minds. They know what he is,” Labour leader Sir Keir Starmer says.