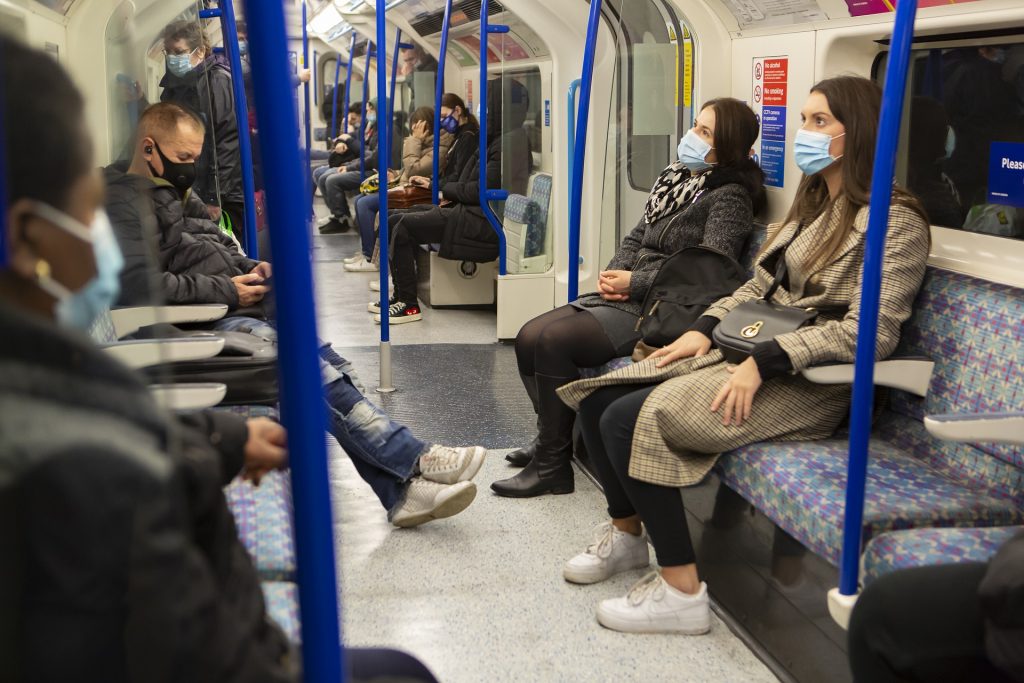 News In English
0
0
A+
A-
Covid infections in London have soared by almost 50 per cent in a week, fuelled by the more infectious BA.2 strain of Omicron, the return to work and greater socialising.

There has also been a 28 per cent increase in the number of people with the virus being admitted to hospital in the capital, with the number of beds occupied by Covid patients at the highest level for a month.

Kingston has one of the highest infection rates in the country, according to the UK Health Security Agency, with almost 800 cases per 100,000 population.

The neighbouring boroughs of Richmond, Wandsworth, Merton, Sutton, Hammersmith and Fulham were above 650 cases per 100,000 in the last week, as was Bromley in South-East London, UKHSA said.

Experts attribute the increase to the growing number of passengers on public transport – some northbound Victoria line services through Euston at 6pm Thursday night could not be boarded because they were so packed – more mixing outside households and the decline in mask-wearing.

Separate data collated by City Hall reported 47,159 new cases in London in the seven days to March 12, compared with 31,813 cases in the previous week.

However the rate is below the England-wide average of 617 cases per 100,000. The daily case rate of 9,490 on Wednesday is also well down on the 37,000 a day seen shortly after Christmas, though testing is much less common.

Reinfections account for almost 10 per cent of new cases – more than 21,200 across the country in the last week.

London hospitals had 1,920 covid inpatients on Thursday, up more than 300 on a week earlier, according to NHS England.

A total of 1,300 people who tested positive for Covid have been admitted for medical care in the capital in the last week – up 28 per cent on the 1,017 in the previous week.

Hospitals in London are also struggling with an 18 per cent increase in staff absences due to covid. Almost 1,600 staff were absent on Sunday.