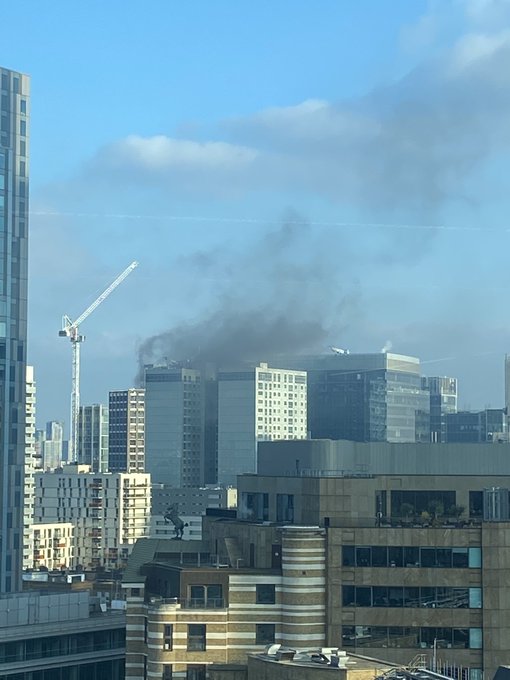 News In English
0
0
A+
A-
A woman was rescued after a fire broke out in a block of flats and offices on Whitechapel High Street on Monday yesterday afternoon.

It took 125 firefighters to get the fire under control and 60 people were evacuated from the building, after initial calls were made to emegrency services at 3.53pm.

Dramatic footage on social media captured the fire and an eyewitness said debris fell from the building, which is opposite Aldgate East Tube station.

Station Commander Chris Jenner, who was at the scene, said: “This was a dynamic and visible fire with our 999 Control Officers taking more than 50 calls in the early stages. A woman was trapped by the nature of the fire on the 17th floor.

“She was given fire survival advice by control officers until firefighters located her. Fire crews used a fire escape hood to help lead the woman to safety via the internal staircase. Around 60 people evacuated the building with others remaining in their unaffected flats.”

Fire escape hoods provide members of the public with up to 15 minutes protection from four of the main fire gases (carbon monoxide, hydrogen cyanide, hydrogen chloride and acrolein).

The cause of the fire is not known at this stage.