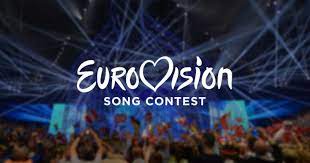 Russia has been removed from this year’s Eurovision Song Contest after Vladimir Putin’s invasion of Ukraine.

The organisers said Russia’s participation would “bring the competition into disrepute”.

The 66th Eurovision contest is due to be held in Turin in May after rock act Maneskin claimed victory last year.

Finland said it would boycott the event if Russia was allowed to take part, while other European public broadcasters, including Ukraine’s, called for Russia to be expelled.

Other countries, including the Netherlands and Latvia, said they were concerned about acts from Russia and Ukraine competing.

The contest is the most-watched live, non-sporting event in the world.

The announcement came after the Champions League final moved from Russia & F1 GP was cancelled.

The 2022 Champions League final will be played in Paris after Russia was stripped of the match following the nation’s invasion of Ukraine.

The final of Europe’s most prestigious club competition was due to be played in St Petersburg on 28 May.

Meanwhile, Russia’s Formula 1 Grand Prix, due to take place in Sochi in September, has been cancelled.

F1 says it is “impossible” to hold the event in “the current circumstances”.