Johnson: Invasion of Ukraine is a “catastrophe for our continent” 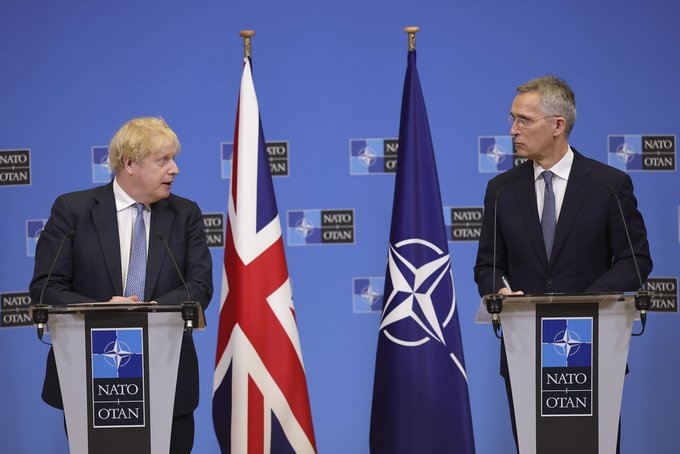 Boris Johnson will address the nation this morning following the invasion of Ukraine.

The prime minister is also due to speak to G7 leader today and has called for an urgent meeting of Nato leaders.

Mr Johnson described the attack as ‘a catastrophe for our continent’ ahead of an emergency statement in the Commons later today.

The West is readying itself to mount a response to Russia’s attack overnight, with a raft of new sanctions expected to be imposed today.

A number of targets inside Ukraine were hit by missiles and gun battles are raging across the border, with Russian troops entering the country.

Ukraine’s border force said it had been attacked by Russian forces at several points and video circulated online has shown tanks rolling into Ukrainian territory.

At least 40 Ukrainians are confirmed to have been killed but the interior ministry earlier said they fear the initial death toll is in the hundreds.

Russia claimed to have ‘incapacitated’ Ukraine’s military infrastructure but Kyiv said it was holding the line.

They claimed to have killed 50 Russian soldiers attacking the town eastern town of Shchastya and to have shot down fighter jets.

Mr Johnson earlier said ‘president Putin has chosen a path of bloodshed and destruction by launching this unprovoked attack on Ukraine’.

He spoke to Ukrainian president Volodymyr Zelensky this morning, who has imposed a state of martial law on his country.

Mr Zelensky has called for a general civil resistance and for ordinary citizens to take up arms.

He said: ‘We will give weapons to anyone who wants to defend the country. Be ready to support Ukraine in the squares of our cities.’

The government is expected to build on the initial round of sanctions announced earlier this week, which hit the assets of five banks and three named individuals.