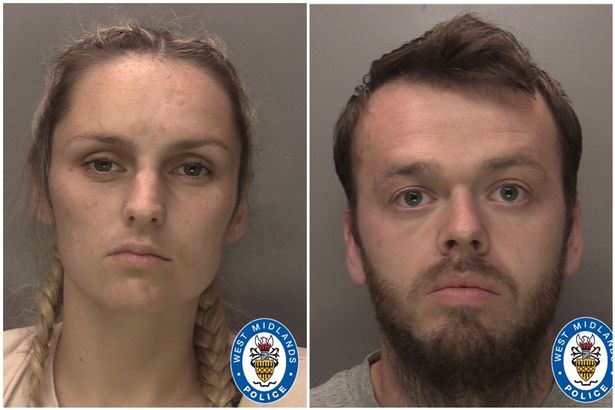 A monster’ dad and ‘evil’ step-mum who tortured and killed a six-year-old boy in a horrific case that has sent shockwaves through the country.

West Midlands Police released the mugshots of Thomas Hughes and his girlfriend Emma Tustin as they were found guilty of killing Arthur Labinjo Hughes at her home in Cranmore Road, Shirley.

A harrowing nine-week trial heard how the couple were both ‘equally’ to blame for the schoolboy’s death after he was abused and died on June 17, 2020.

But Hughes, 29, was cleared of murder and found guilty of manslaughter and two counts of child cruelty. Sadistic Tustin was convicted of murder.

The ‘evil’ pair now face the prospect of a lengthy stint in jail when they are sentenced, which will take place at a later date.

Detective Inspector Laura Harrison led the case for West Midlands Police and had no doubt about labelling the horrific actions of the sick couple.

She said: “Evil is a word I’ve come to in my own mind. It’s extreme and hard hitting for a police officer to say, but I can’t comprehend what’s happened in that house towards Arthur to describe it in any other way.

“The behaviour cannot be excused, cannot be understood, and it’s just absolute torture which can only be described as ‘evil’. 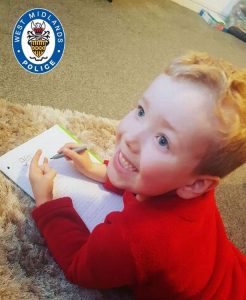 The trial at Coventry Crown Court heard harrowing evidence including audio recorded by Tustin of Arthur crying: “Nobody loves me.”

CCTV installed in the cruel couple’s living room – where Arthur was forced to sleep on the floor – was also played to jury.

In one heartbreaking scene from June 16 2020, just hours before the final assault, the painfully weak youngster is seen waking up and then trying to put his bedding away.

In another clip shown to the jury, Tustin had yanked the bedding away from a sleeping Arthur, leaving him in clear distress.

The sheer cruelty of the couple was played out in the courtroom over two months.

During which Arthur’s loved ones including his grandmother and uncle told the court they passed on their concerns to social services at Solihull Council and West Midlands Police two months before his tragic death i.

Pictures of his bruised body and a doomed home visit were two potential opportunities lost by authorities. Despite worries by his fearful family, social services declared Arthur was “happy and playful” and took no action.

But texts between the couple showed their feelings towards the little boy, whose mother Olivia Labinjo-Halcrow was previously jailed for the manslaughter of her boyfriend.

In brutal messages, Hughes told Tustin to ‘just end’ Arthur and also ‘take his jaw off’ and ‘gag’ him. He also threatened to ‘take his neck off’ and ‘dash my food off his head’.

The day before the football-loving Blues fan died, his dad texted about paying someone to ‘dig Arthur’s grave’.

Tustin was equally vile. The warped stepmum also laid her cards on the table to her lover over text and said: “I want you but not him.”