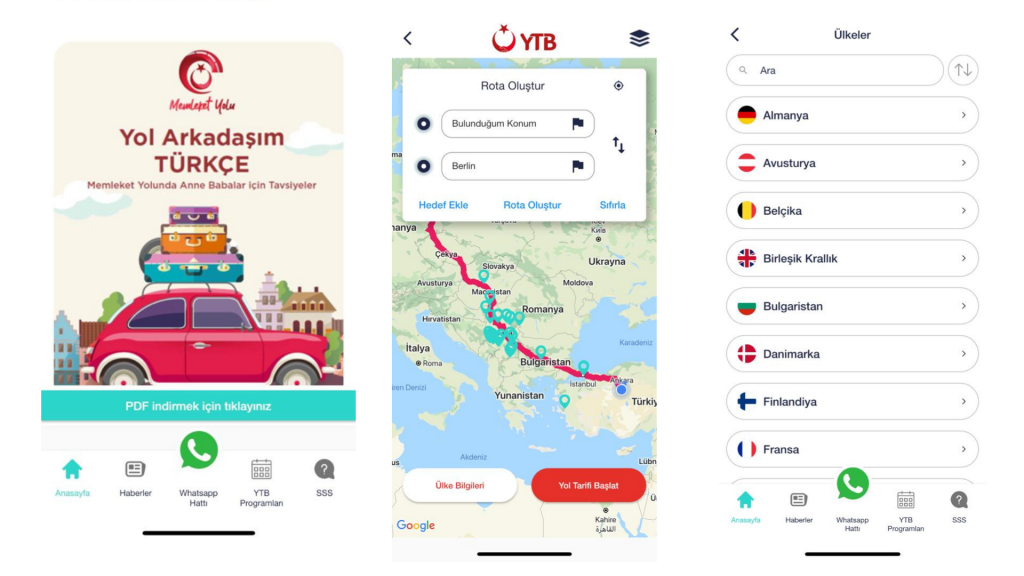 PRESIDENCY for Turks Abroad and Related Communities (YTB) has launched the “Journey to Homeland” (Memleket Yolu)mobile application for the citizens abroad to travel to Turkey comfortably, safely and peacefully.

The new app helps those travelling, with live tracking of border gates to road data, from stopover points on the route to important announcements.

In a statement, YTB said it had “conducts dozens of studies at home and abroad to ensure that the journeys of citizens abroad who travel to their homeland by land to spend their holidays in their homeland Turkey during the summer season are comfortable, safe and peaceful.”

Stating “It meets all the needs of citizens with services such as recreation and children’s playgrounds, 24/7 active WhatsApp line, mobile vehicle support, Serbian-speaking personnel at Serbian border gates and Turkish police.”

The app work with users entering the “Destination City”, and showing the most suitable route for the citizens to go to the city they have determined from their current location. In addition, citizens can access the information of the countries on the determined route.

The app also has extra on which means travellers can also mark important points of interest such as restaurants, historical monuments and hotels.

The app can be downloaded free on IOS and Android devices.