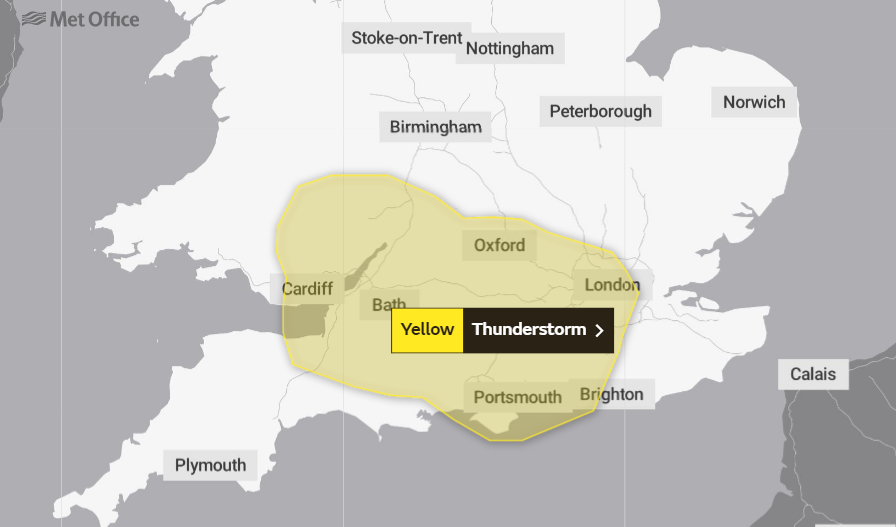 News In English
0
0
A+
A-
Londoners are bracing for another thunderstorm with the possibility of more flooding as a washout summer continues.

The Met Office has issued a yellow weather warning for thunderstorms which applies to London and the south west until 11pm on Monday.

“There is a small chance that homes and businesses could be flooded quickly, with damage to some buildings from floodwater, lightning strikes, hail or strong winds,” the forecaster said.

A Met Office spokesperson said: “Some torrential downpours are possible with a few places seeing 50 mm of rain or more within a few hours. Lightning and hail are also additional hazards.”

Train and bus services could be delayed or cancelled in areas affected by flooding and lightning on Monday.

“There is a slight chance that power cuts could occur and other services to some homes and businesses could be lost,” the forecaster added.

It follows a month of extreme weather in July, from heatwaves to flash floods in the capital.

But, there is hope that the warmer weather will return with temperatures set to rocket into the high 20s in a mid-August heatwave.