Parts of London hit with 50cm of rain, as hospitals close and stations flood 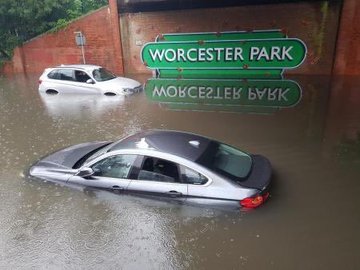 Torrential showers and thunderstorms have caused flooding across parts of London, with two hospitals declaring major incidents as a result of the downpours.

Both Newham and Whipps Cross Hospitals in the east of the city urged patients to seek A&E treatment elswhere, after they were affected by the floods.

Meanwhile, London Fire Brigade said that they have taken more than 1000 calls from those areas concerning flooding on roads and in basements. 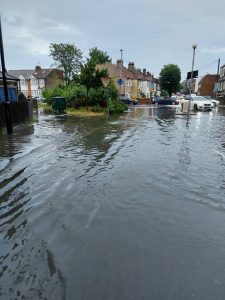 Nine tube stations were closed due to flooding and hospitals in Newham have asked people seeking emergency treatment to go to other medical facilities if possible.

The worst affected areas were initially Clapham and Camberwell in the south of the city, but flooding has also been reported across the east and north-east of the capital.

A section of the North Circular has closed because of floodwater. The eastbound carriageway at South Woodford is affected.

South-east England is braced for more thunderstorms on Monday, with the Met Office issuing a yellow weather warning until 5pm today.

The national forecaster predicts that between 40 and 50mm of rain could fall in some places south of London. 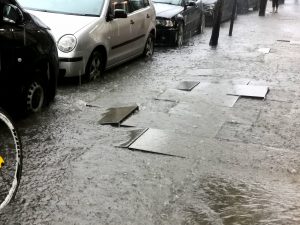