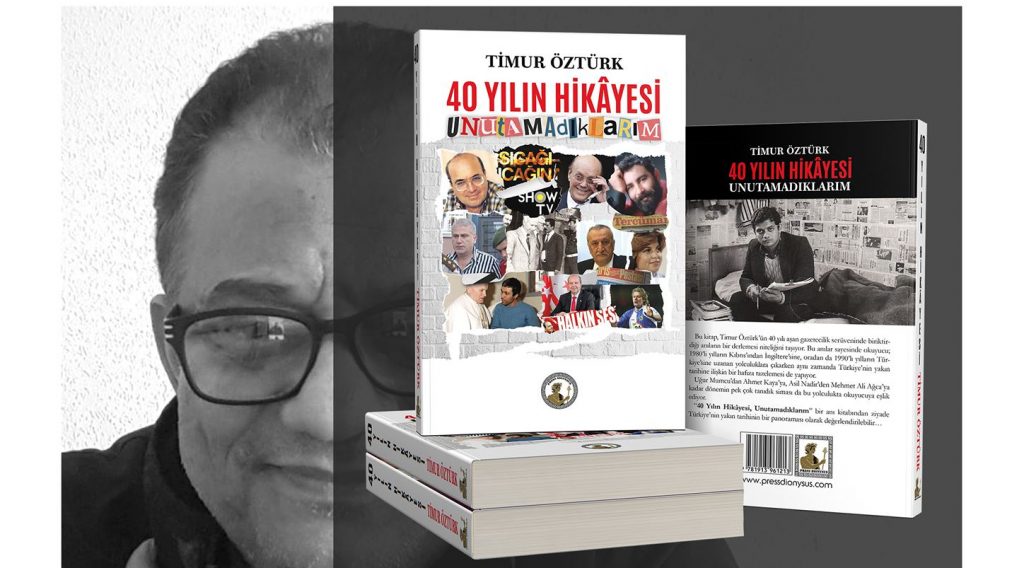 AN autobiography of Timür Öztürk has been released by the UK-based publishing house Press Dionysus, a reflection of Öztürk’s 40 years in his professional life.

Öztürk, details what he went through while he was reporting in various countries across the world for 40 years between 1980-2020.

Starting off his journey at the TRNC Halkın Sesi Newspaper, he continued between the triangle of Cyprus, Turkey and England. He started his journey as the UK correspondent of the Cyprus Postası newspaper in 1982 and continued in Turkey between 1991 and 1998.

In addition to national channels such as Show TV, Kanal D, Star Tv, CNN Türk, he also worked as a program producer and correspondent in local broadcasting organs throughout Turkey. In 1994, as Milas Radio and Television Editor-in-Chief, he was officially registered as the first person to be sentenced to closure by RTÜK.

Press Dionysus said:  “This book is a compilation of the memories Timur Öztürk has accumulated during his more than 40 years of journalism adventure. Thanks to these memories, the reader; While embarking on journeys from Cyprus of the 1980s to England and from there to Turkey of the 1990s, he also does a refresher on Turkey’s recent history. From Uğur Mumcu to Ahmet Kaya, from Asil Nadir to Mehmet…”

The book is available from Fieldseat Organic Cafe at 665 High Rd, London N17 8AD – as well as ordering at www.pressdionysus.com.