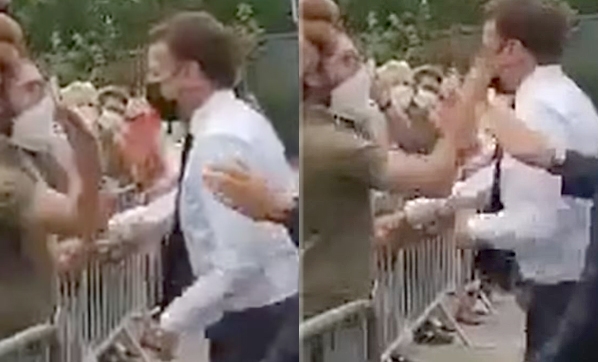 Two people have been arrested in southeast France after French President Emmanuel Macron was slapped in the face by a man in the crowd in Tain-l’Hermitage.

A video clip circulating on Twitter shows a man in a green tshirt and glasses shout “Down with Macronia” in French before slapping Macron’s face.

The video shows security for Macron quickly tackled the man to the ground, and moved the president away to safety.