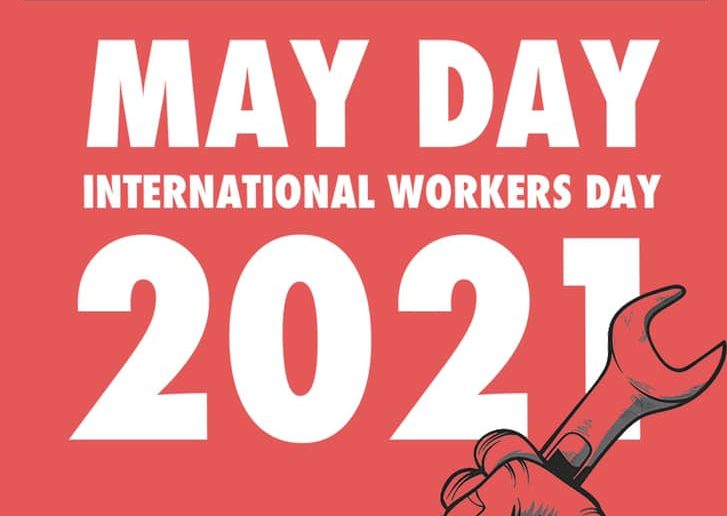 The Turkish & Kurdish Community Centre (Day-Mer)is calling in participation in the march to be held on Saturday, May 1, for International Workers Day (Labour Day).

Day-Mer is calling on members of the community to join the march which will start at 12 pm (noon) at Hackney Town Hall calling on all labourers to join together with the spirit of unity, solidarity and struggle.

In a statement released Day-Mer said: “Workers and labourers in many parts of the world welcome May 1 in the shadow of the Covid-19 epidemic conditions. May 1, which is the day of international unity, solidarity and struggle of workers and labourers, will be celebrated in factories, workplaces and areas in all countries despite difficult conditions…

The United Kingdom is among the countries with the highest loss according to the population rate during the pandemic process. According to official figures, 127 thousand people died. The majority of those who lost their lives in the pandemic were labourers (including migrants) living and working in poverty and unhealthy conditions, as well as the elderly living in nursing homes. Yes, the government has announced many aid packages, but a large share of these aid packages went to businesses. The emergence of the messages that former Prime Minister Cameron sent to government ministers, including the finance minister, that he asked for millions of pounds on behalf of a company, the fact that the conservative party Baroness, who was the head of the Test and Tracking system, where £ 37 billion was spent and is still discussed whether it is really functional, shows that most of the aid packages and funds are given to companies, people and institutions around the government with which they are in contact.

Before the Covid-19 outbreak began, the problems and troubles experienced in health, education, accommodation and social services were further revealed with the pandemic. Problems increased with the policies of privatization and not allocating the necessary budget in the public sphere for years. What happened in the field of health is striking in this respect. The fact that the NHS does not have enough employees, tools and equipment and resources as a result of the implemented policies is one of the reasons for the increase in mortality rates. Actions to applaud the NHS healthcare professionals who shed their sweat in this difficult process at the expense of their lives came to the fore during the first lockdown period. However, the fact that there is only a 1% wage increase that seems appropriate to health workers today clearly shows us who wants to bear the bill for the money distributed with these aid packages in the coming period.

The policy of firing workers and re-hiring them with worse working conditions is a policy that is tried to be implemented despite the profits of the companies. In British Gas, 500 British Gas employees who did not bow to this attack and did not sign the new contract were fired. The policy of firing and re-hiring will be implemented in the public sphere in the upcoming period. At the same time, the number of people fired over the past year has exceeded 1 million. The layoffs hit young people who work heavily in the service sector such as restaurants, cafes and hotels.

… The so-called 1% raise, dismissal and reinstatement, which is deemed worthy of health workers, and the new police law, which is tried to be passed by the parliament to prevent rising social opposition, are also indicators of these. There are large and small strikes and resistances in transportation, energy sector and education in Britain against these attacks. These strikes and resistances should be an example for us against the government’s uploading this bill to us. If the majority of the billions of pounds of funds are paid to companies, they should pay most of the bill, not us. The only way to avoid paying this bill is for workers and labourers to struggle and organize together. For this reason, we must act, fight and organize together with our local and immigrant labourers in workplaces, neighbourhoods, education and all areas of life against these attacks. Day-Mer as immigrants from Turkey labourers call on our labour brothers g to participate together and unity in the walk will be held to show a strong, as well celebrate workers on May 1st.” 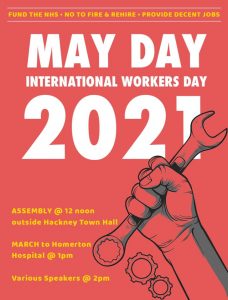