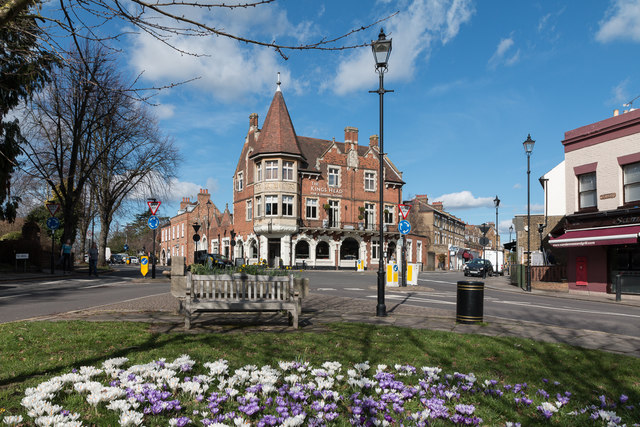 LOCATED in the London borough of Enfield is Winchmore Hill, a leafy green suburb voted one of the top places to live this year, according to The Sunday Times.

It has proven popular in the last 12 months and is the ideal place if you want the perfect mix of beautiful scenery and easy transport links into the city.

With a real village feel with local shops and restaurants, while also housing the glitz and glamour with its very own ‘Millionaire’s Row’.

Celebrities that have lived on the extravagant street, called the Board Walk, including Rod Stewart, Emma Bunton, Melanie Sykes and Louise Redknapp.

Situated in Zone 4, Winchmore Hill has great transport connections into the city.

Trains from Winchmore Hill station operate on the Govia Thameslink Railway and take around 30 minutes to travel into Moorgate station. The line passes through several stops including Alexandra Palace, Finsbury Park, Highbury and Islington and Old Street.

You can travel into Central London from Southgate, which is the nearest Underground station on the Piccadilly line.

According to the latest estimate by Rightmove, properties in Winchmore Hill sell for around £665,000.

Overall, sold prices in Winchmore Hill over the last year were two per cent up on the previous year and similar to the 2018 peak of £671,608.