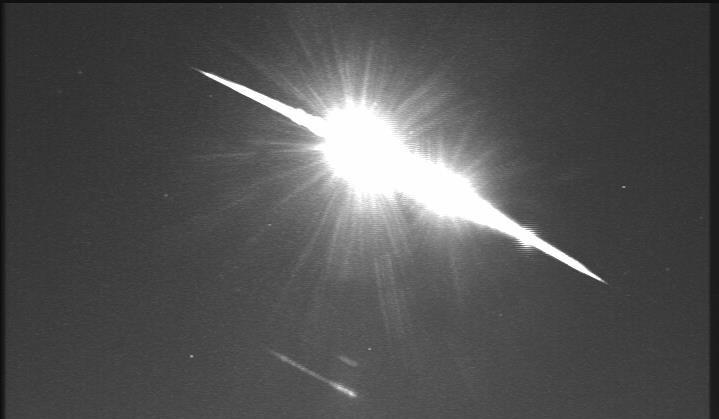 A meteor lit up the sky over the UK on Sunday night, wowing amateur stargazers who were lucky enough to see the phenomenon.

Described as a “fireball” by the UK Meteor Network, it was spotted on cameras across the country falling slowly to the ground, with what appeared to be parts of debris coming away from it.

It was seen at around 9.55 pm on Sunday, according to the network of meteor watchers, with around 120 sightings reported from as far north as Scotland and as far south as Somerset.