What do we know about the Covid-19 Vaccine so far? 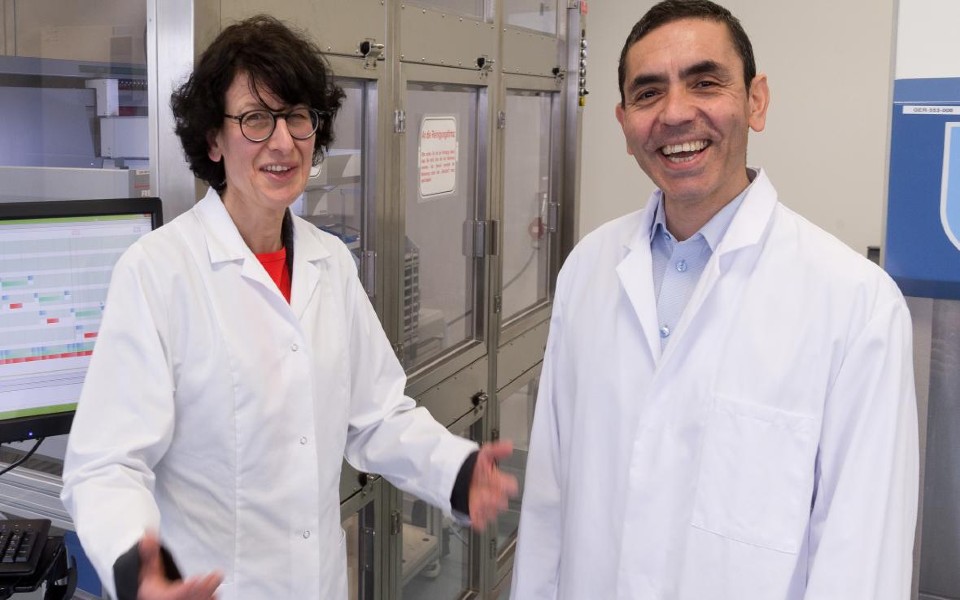 ON Monday 9 November the announced that the first coronavirus vaccine that offers 90% protection has been made.

The much-awaited news comes after the World Health Organisation declared coronavirus a pandemic on March 11 2020.

It is among 11 vaccines that are currently in the final stages of testing worldwide, involving other, rival pharmaceutical firms and labs.

The developers – Pfizer and BioNTech – described it as a “great day for science and humanity”.

In a briefing from Number 10 Downing Street Boris Johnson has said interim results suggest the Pfizer vaccine is 90% effective at protecting people from the virus.

However, he added, “we haven’t yet seen the full safety data”. He said there are “several more” hurdles to go before we know the vaccine can be used.

The prime minister also said the UK will be ready to start using the vaccine if it is approved. With 40 million doses already pre-ordered which would be enough for 20 million people or about a third of the UK population.

How does the Pfizer and BioNTech vaccine work?

Pfizer and BioTech’s vaccine has been tested on 43,500 people in six countries and no safety concerns have been raised.

It uses a completely experimental approach – that involves injecting part of the virus’s genetic code – in order to train the immune system.

Two doses are needed, three weeks apart, and the pharmaceutical companies say people are protected a week after the second dose.

The vaccine potentially gives immunity 28 days after the first injection.

The Pfizer vaccine needs to be held at minus 70C until the last few hours before it is deployed.

When will it be available?

It expects 10 million of these doses to arrive in the UK before the end of this year, with those chosen to get the jab receiving two doses, 21 days apart. This would mean 5 million people could receive the vaccine in the UK.

Whoever the vaccine will be a priority for those who need it first and most of the UK will not be expected to receive until some point within 2020.

Who are the Turkish-German couple behind the Vaccine? 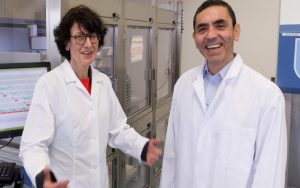 The children of Turkish migrants founded BioTech along with Austrian oncologist Christoph Huber, the aim of the company was mainly to develop new types of immunotherapy against cancer.

When news of the coronavirus first surfaced at the start of the year, BioNTech quickly to reallocate its resources Sahin said in an interview in late October that the company could have managed to develop a vaccine on its own, but it would have struggled with the challenge of distribution.

Pfizer, which has collaborated with BioNTech on flu vaccines since 2018, paid $185m upfront toward the development of the coronavirus vaccine. It will release another $563m when the development is complete.

‘I would want my mum to take it’

England’s deputy chief medical officer Professor Jonathan Van-Tam said he had encouraged his 78-year-old mother to be ready to take a coronavirus vaccine as soon as possible.

Asked whether high-profile Government figures such as himself or the Prime Minister should take a vaccine first to prove to the public it was safe, Prof Van-Tam told a Downing Street briefing he would be “at the front of the queue” if he was allowed.

“I think the ‘mum test’ is very important here. My mum is 78, she will be 79 shortly, and I have already said to her, ‘mum, make sure when you are called you are ready, be ready to take this up, this is really important for you because of your age’.”