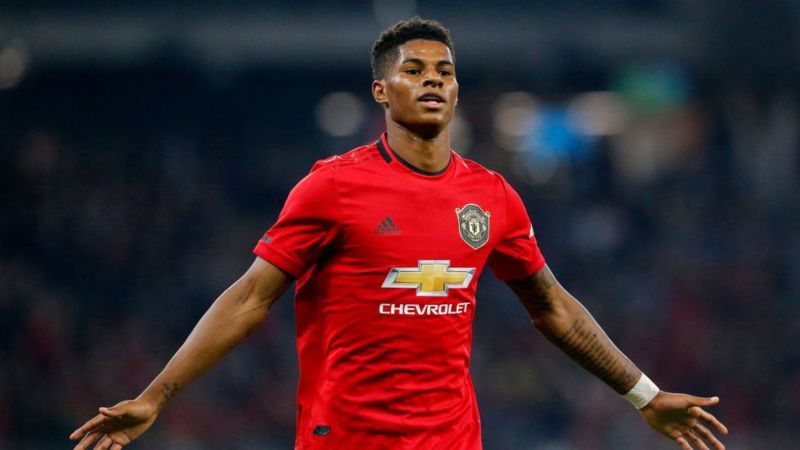 The government is to spend more than £400m to support poor children and their families in England, following a campaign by footballer Marcus Rashford.

A winter grant scheme, to be run by councils, will provide support with food and bills, and a holiday food and activities programme is to be expanded.

Rashford said it would improve the lives of almost 1.7 million children.

The move represents a significant climbdown for the government, which had argued Universal Credit was enough.

From the package of support, a £170m ring-fenced fund will be distributed through councils, with at least 80% earmarked for help with food and bills.

It will receive funding from the beginning of December until the end of March.

The holiday food and activities programme will be expanded with a £220m investment to cover Easter, summer and Christmas in 2021.

On top of that, there will be a £16m cash boost for the nation’s food banks.

Support has already been announced for children in Scotland, Wales and Northern Ireland.

Prime Minister Boris Johnson telephoned the Manchester United and England player on Saturday to tell him of the new plans.

Speaking after he took part in United’s 3-1 Premier League win against Everton, Rashford said: “Following the game today, I had a good conversation with the prime minister to better understand the proposed plan, and I very much welcome the steps that have been taken to combat child food poverty in the UK.”

Rashford said he remained concerned about the children who would miss out on help “because their family income isn’t quite enough”.

However, he added: “The intent the government have shown today is nothing but positive and they should be recognised for that.

“The steps made today will improve the lives of near 1.7 million children in the UK over the next 12 months, and that can only be celebrated.”
.