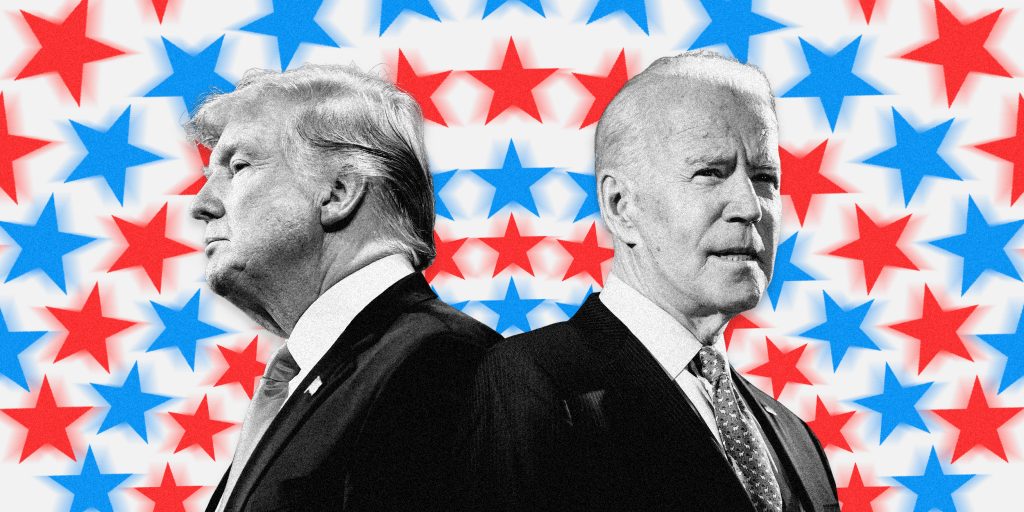 Joe Biden is projected to win the election and become the 46th president of the United States.

After a nail-biting race, the Democratic candidate took an unbeatable lead in Pennsylvania – taking its 20 Electoral College votes and past the 270 needed to gain the White House.

It makes Donald Trump, who is currently at one of his golf clubs in Virginia, the first one-term president since 1992, when George HW Bush failed to clinch four more years.

In a written statement released by his campaign, Mr Trump refused to concede the election and accused his opponent of “rushing to falsely pose as the winner”.

“Beginning Monday, our campaign will start prosecuting our case in court to ensure election laws are fully upheld and the rightful winner is seated,” he added.

“I will not rest until the American People have the honest vote count they deserve and that Democracy demands.”

But president-elect Mr Biden has accepted victory and announced in his first statement that “democracy beats deep in the heart of America”.

“With the campaign over, it’s time to put the anger and the harsh rhetoric behind us and come together as a nation,” he said.

“It’s time for America to unite. And to heal. We are the United States of America. And there’s nothing we can’t do, if we do it together.”