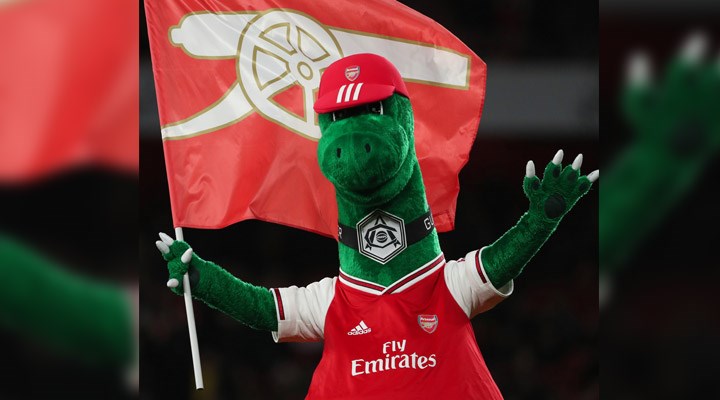 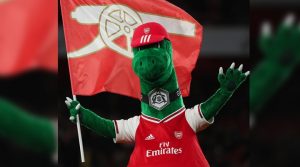 ARSENAL midfielder Mesut Ozil has offered to pay the salary of Jerry Quy, the man who plays the role of club mascot Gunnersaurus.

On Monday it was revealed that Quy, who has been part of the matchday experience at Arsenal for 27 years, was one of 55 redundancies.

“I was so sad that Jerry Quy, aka our famous and loyal mascot Gunnersaurus and integral part of our club, was being made redundant after 27 years,” said the 31-year-old German in a post on Twitter.

“As such, I’m offering to reimburse Arsenal with the full salary of our big green guy as long as I will be an Arsenal player so Jerry can continue his job that he loves so much.”

Arsenal said they had to make staff redundant because of the financial impact of the coronavirus pandemic.

The Gunners’ first-team players and head coach Mikel Arteta agreed a 12.5% pay cut in April. The club’s executive team also agreed to waive more than a third of their salaries over the next 12 months.

Ex-Germany international Ozil has been with the Gunners since 2013, with his contract set to expire at the end of the season. He is paid a reported £350,000 a week, although he has not played so far in 2020-21.