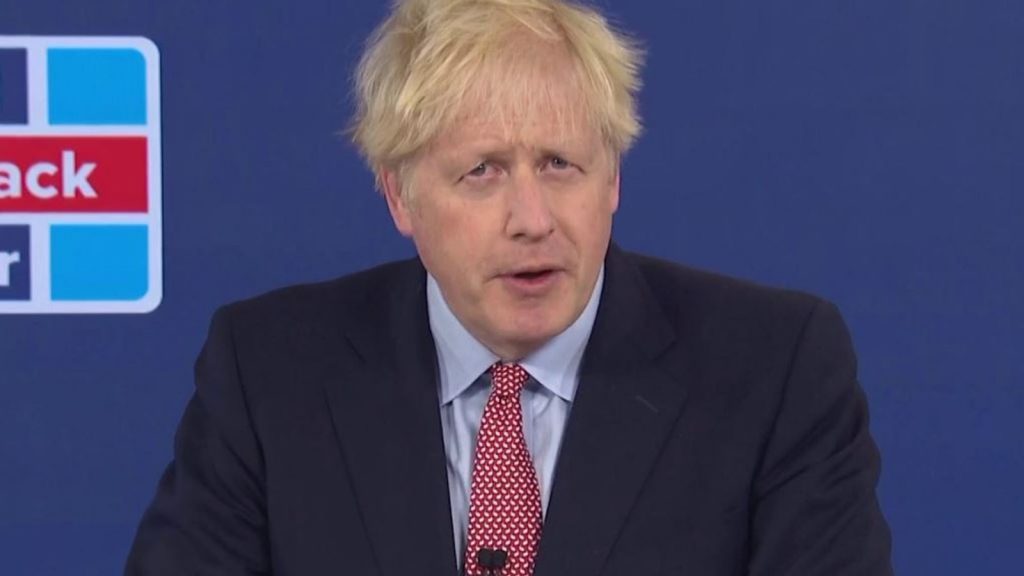 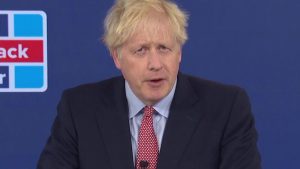 Boris Johnson has vowed to defeat Covid and build a better country over the next decade in his leader’s speech to the virtual Conservative conference.

Reflecting on the UK’s recovery from World War Two, he said he wanted to build a “new Jerusalem”, with opportunity for all, improved housing and healthcare.

He warned the UK could not return to normal after the pandemic, which would be a “catalyst” for major change.

And he rejected suggestions he had “lost his mojo” as “drivel”.

In his speech, delivered without the usual conference audience, he said he wanted to see the back of coronavirus and the “erosion of liberties” it had led to and to see the country flourishing again.

He said: “Even in the darkest moments we can see the bright future ahead. And we can see how to build it and we will build it together.”

The PM praised the UK’s fight against the virus, saying he had had “more than enough” of the disease – which he insisted would be overcome by “collective effort”.

He insisted the pandemic could not be allowed to “hold us back or slow us down” and the country that emerged from the crisis would be very different from the one that preceded it.

Insisting that “we will not content ourselves with a repair job” after the pandemic, he said the government would:

Mr Johnson said the pandemic had “forced” the government into massively expanding the role of the state, but warned against drawing the “wrong economic conclusion from this crisis”.

Pledging to rebuild the dream of home ownership for the young, he vowed to help get more 20 to 30-year-olds on the housing ladder by offering fixed-rate mortgages available to those with just 5% deposits.

The prime minister said: “We need now to take forward one of the key proposals of our manifesto of 2019: giving young, first-time buyers the chance to take out a long-term, fixed-rate mortgage of up to 95% of the value of the home – vastly reducing the size of the deposit and giving the chance of home ownership – and all the joy and pride that goes with it – to millions that feel excluded.

“We believe that this policy could create two million more owner-occupiers – the biggest expansion of home ownership since the 1980s.