Murder suspect of Mihrican Mustafa: “It’s my house, my problem” 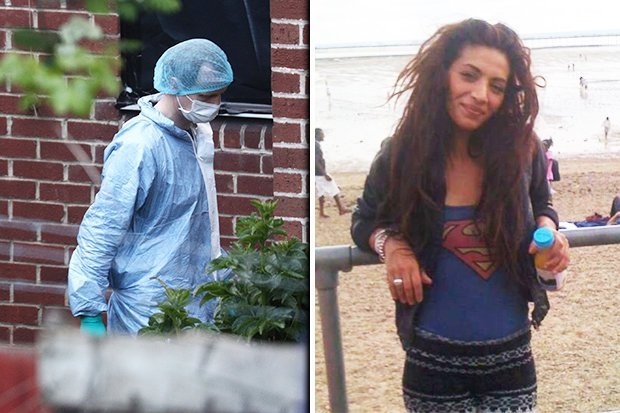 A suspected double killer who allegedly kept his victims’ bodies in a freezer for nearly three years told police when questioned: ‘It’s my house, it’s my problem’, a court heard.

Hungarian Henriett Szucs, 34, vanished after moving in with accused murderer Zahid Younis, 35, and was last seen alive in the summer of 2016.

Turkish Cypriot Mihrican Mustafa, 38, had also been visiting Younis at his home in Canning Town, east London, before she disappeared in May 2018.

The corpses of the two women were found together in a small chest freezer at his home during a police search on April 27 last year, Southwark Crown Court was told today.

They had both suffered appalling injuries including multiple broken ribs and Ms Mustafa’s sternum and larynx were also fractured.

Ms Szucs had been in the UK for several years and was last seen in Younis’ company in the summer of 2016, jurors were told.

Ms Mustafa, also known as MJ and Jan, struggled with drug addiction and homelessness and had also been spending time with Younis before she vanished in May 2018, it was said.

The alleged killer bought the freezer for the ‘sole purpose’ of hiding Ms Szcucs’ body after the brutal killing on or before 11 November 2016, it was said.

Younis left the dock claiming he felt unwell after the jury entered court today and was led down to the cells.

He said: ‘Such scientific examination as was possible on their remains established that prior to their death each of them had been the victim of significant injury.

‘Each of them appeared to have been subjected to very significant violence; each, for example, had numerous rib fractures – sustained at some time in the period leading up to their deaths.

‘Henriett had also received dreadful injuries to her head, whilst Jan’s sternum and larynx had been fractured.

‘You may conclude at the conclusion of this trial that each of these women had met a most untimely and unnatural death.

‘You will hear that the defendant is indeed a man with the ability and the disposition to manipulate and to seek to control vulnerable women – capable of seeking to dominate them, to subject them to his will and if necessary, of resorting to violence.’