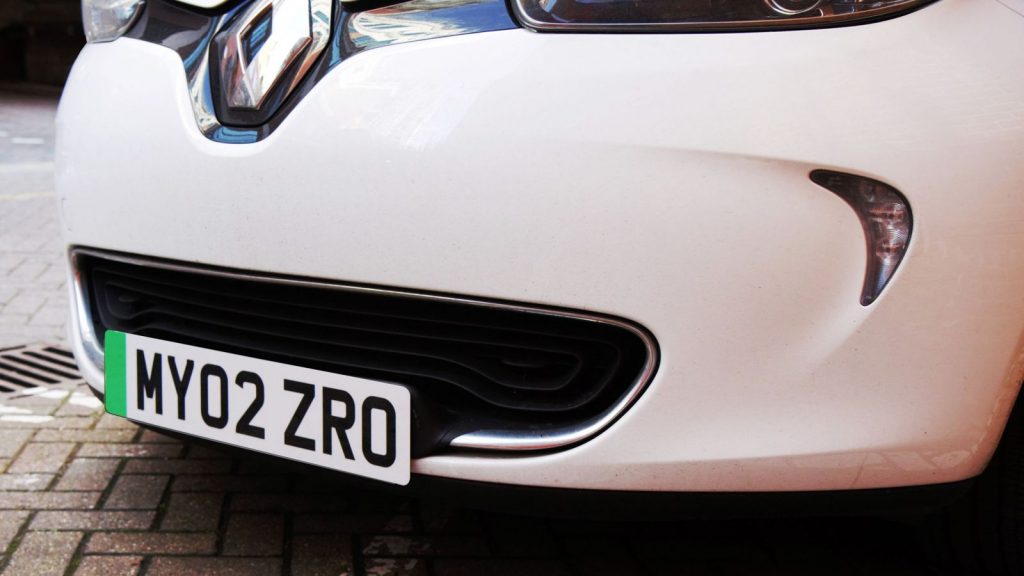 DRIVERS of zero-emission cars are to have a green “flash” added to the left hand side of their number plates to show they are eligible to by-pass congestion zone charges or secure cheaper parking.

The change, which will be introduced in the Autumn, is aimed at making the switch to electric vehicles more appealing.

“Green number plates could unlock a number of incentives for drivers and increase awareness of cleaner vehicles on our roads, showing people that a greener transport future is within our grasp.

“We’re supporting small businesses to develop the transport tech of the future through a multi-million-pound investment, ensuring that UK businesses remain at the forefront of low-carbon innovation and research.”

The move to green flash number plates follows a Department for Transport (DfT) consultation on the scheme last October as part of the government’s £1.5bn strategy to cut road pollution.

The number plate announcement follows reports last week that the prime minister was considering plans to give drivers up to £6,000 to exchange their petrol or diesel car for an electric model.

In addition to the green number plate scheme, the DfT also announced that £12m was being made available for further zero-emission vehicle research, with £10m going to projects examining advancements in electric battery and hydrogen vehicles, as well as charging infrastructure.

Another £2m would support research in areas such as battery technology.