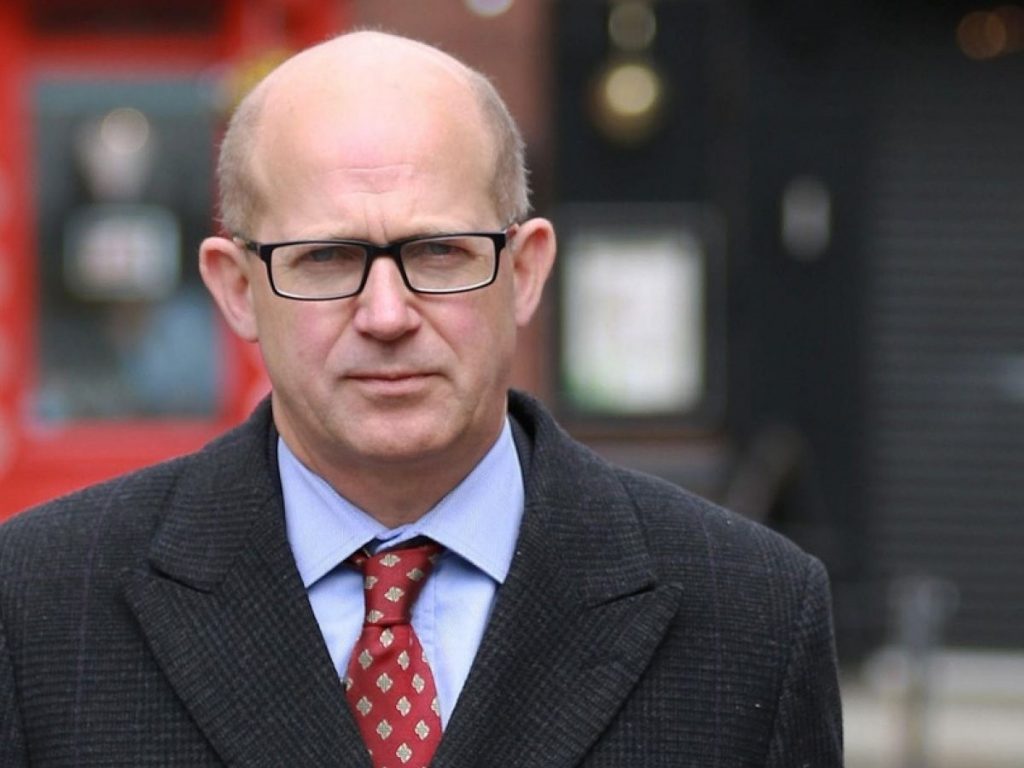 The UK’s Ambassador to Ankara, Dominick Chilcott, shared on Twitter:  “The UK government remains very great full to the Turkish government for its support of the UK’s requirements for PPE”

“Stories in the UK media that 400K items of PPE sent from Turkey are unusable are untrue,” Chilcott wrote on Twitter. Chilcott said only “a small number of gowns from a private supplier have failed tests.”

“But more gowns from that supplier have passed tests and are suitable for use in the NHS,” he said. 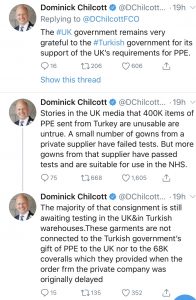 “We have received part of an order of around 400,000 gowns from a private supplier in Turkey. While a small number of these gowns have failed tests in the UK, more have passed tests making them suitable for use in the NHS,” a Downing Street spokesperson earlier said in a statement.

“The majority of items ordered from the private supplier are awaiting testing in the UK and Turkish Warehouses,” the statement added.

The Turkish Health Ministry also refuted claims in the British media and said they were approved by the NHS.

“As known, the Republic of Turkey donated 100,000 overalls, 100,000 surgical masks and 50,000 N95 masks to the UK on April 7. The CE and ISO certificates belonging to all of the products which the Republic of Turkey donated and later supplied have been previously submitted to the UK. All these products were sent to the UK after the approval of the  NHS, which is responsible for the administration and coordination of the public health system,” said the ministry in a written statement.

Having a healthy and safe Ramadan at home