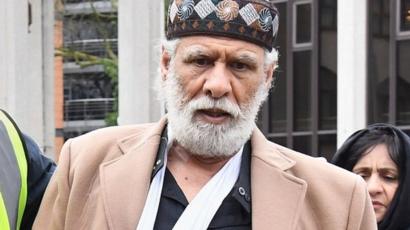 A muslim leader stabbed inside Regent’s Park mosque today said he was lucky to survive and vowed: “Nothing will stop me from praying”.

Raafat Maglad, 70, a muezzin who leads the call to prayer, was stabbed in the neck at London Central Mosque during prayers at about 3pm yesterday.

Returning to the mosque near Regent’s Park for Friday prayers, he said he did not hate his attacker and felt sorry for him.

A 29-year-old man arrested on suspicion of attempted murder remains in police custody. 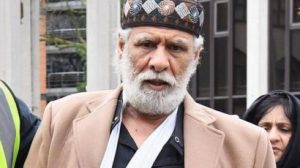 He had been apprehended by worshippers who broke from prayer to restrain him before officers arrived.

Mr Maglad, who is a muezzin at the mosque – someone who calls Muslims to prayer, spoke to the BBC saying it had “felt like someone was hitting me with a brick” when he was stabbed from behind.

“I just felt blood flowing from my neck and that’s it, they rushed me to the hospital. Everything happened all of a sudden,” he said.

Asked why he had returned to the London Central Mosque so soon after the attack, Mr Maglad said it was “very important” for him to attend Friday prayers. 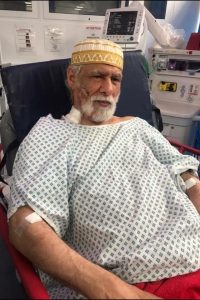 Scotland Yard said they were not treating the attack as terror-related.

Police were also present and addressing those in attendance, London’s mayor urged everyone to remain vigilant.