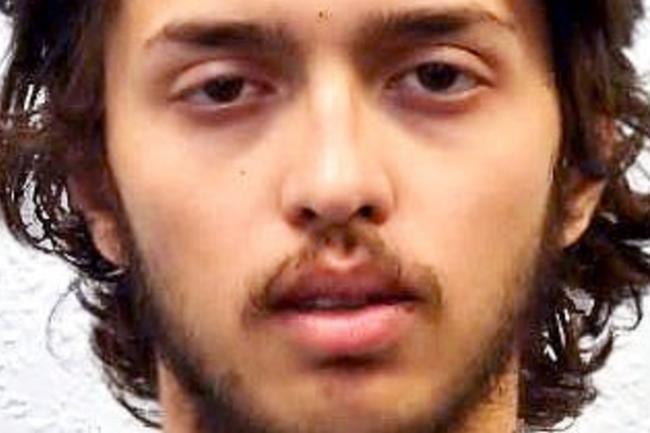 Police have been searching two addresses as part of the investigation into the attack in Streatham on Sunday.

The attacker, Sudesh Amman, 20, was shot dead by police on Streatham High Road after stabbing people in what police called an Islamist-related terrorist incident.

He had been released from prison about a week ago after serving half of a sentence for terror offences. 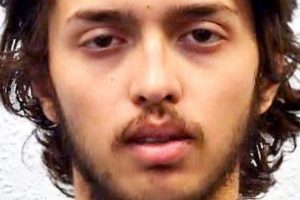 Three people were injured but none is in a life-threatening condition.

“No arrests have been made and inquiries continue at pace,” the Metropolitan Police said.

Amman was under active police surveillance at the time of the attack. He had served half of his sentence of three years and four months when he was released.

Streatham MP Bell Ribeiro-Addy said: “He [Amman] was under surveillance quite soon after being released which begs the question, why was he released so soon?”

Treasury minister Rishi Sunak said “the police are obviously doing absolutely everything they can to keep people safe”.

He said new measures to toughen terrorism laws, already announced by the PM after last November’s attack near London Bridge would give police “more powers and resources to do that as well”. 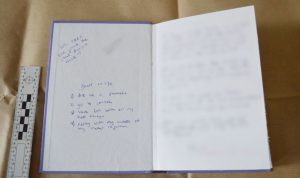 Prime Minister Boris Johnson said the government would announce further plans for “fundamental changes to the system for dealing with those convicted of terrorism offences” on Monday.

Gunshots were heard on Streatham High Road just after 14:00 GMT on Sunday.

Reports suggest Amman entered a shop and started stabbing people. It appears he then left the shop and stabbed a woman.

Witnesses reported hearing three gunshots and seeing a man lying on the ground outside a Boots pharmacy, as armed police approached and shouted at those nearby to move back.

The Met Police said armed officers, who were part of a “proactive counter-terrorism operation” following the suspect on foot – were in “immediate attendance”.

The man had a hoax device strapped to his body, police said.

London Ambulance Service said it treated the three people for injuries at the scene and all were taken to hospital.

A man in his 40s was initially considered to be in a life-threatening condition but this is no longer the case.

A woman in her 50s whose injuries were not life-threatening has been discharged from hospital.

Another woman in her 20s continues to receive hospital treatment for minor injuries, believed to have been caused by glass following shots from the police. 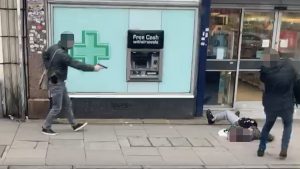