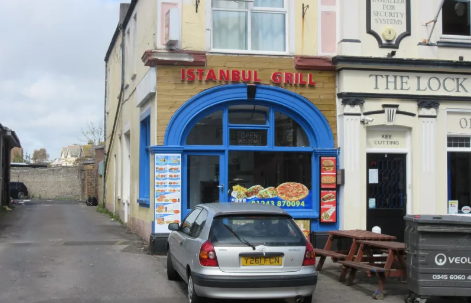 Two men have been arrested after three women reported finding pills hidden in a kebab they bought during a night out.

The women, all in their 20s, reported to police finding the pills in the food they had bought from the Istanbul Grill in High Street, Bognor Regis, West Sussex, in the early hours of December 29.

A Sussex Police spokesman said that two men had been arrested on suspicion of administering poison with intent to endanger life or inflict grievous bodily harm.

He said: “Police have arrested two men in connection with an investigation into tablets found in a kebab purchased from a takeaway.

“Three women in their 20s reported finding the pills in their food after they returned home from Istanbul Grill in High Street, Bognor Regis, around 2am on Sunday 29 December.

“Both suspects remain in police custody at this stage.”

Chief Inspector Jon Carter said: “I understand this incident may cause concern.

“However, police have taken prompt action to protect the public with the arrest of two people, and are working with partners, especially in the district council, to enhance protective measures.

“The investigation is at an early stage, and exactly what happened, and the motivations of those involved, are not yet fully understood.

“However, there is nothing to suggest that any other food outlets are involved, or that there is any link with any particular section of the wider community.”