General election countdown: What has been promised? 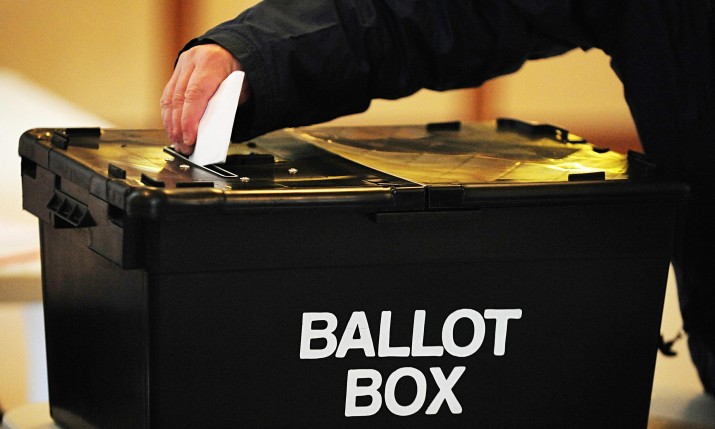 With just one week to go until the general election, all major parties have released their manifestos. A long list of promises has been made by all parties, with Brexit will be an obvious battleground for each party’s election campaign.

The parties have set out big promises they plan to implement if elected form the NHS to education, environment and more. Here’s what the main parties have promised on the key issues.

Ratify Johnson’s divorce deal with the EU before the Jan. 31 deadline

Negotiate a free-trade agreement with the EU by Dec. 31, 2020, the end of the Brexit transition period

Aim to have 80% of U.K. trade covered by free-trade agreements within three years

Negotiate a new deal with the EU, placing the U.K. in a customs union with the bloc and securing access to the single market

Put deal to a referendum within six months of the election, with remaining in the EU as the other option

Leader Jeremy Corbyn would remain neutral during the referendum campaign

If not in government, continue campaigning for a second referendum

Deliver 50,000 more nurses, including some newly-trained, some hired from abroad and some from staff retention. Reintroduction of bursaries for training. Also, introduce 6,000 more GPs.

A £2.7 billion investment in building hospitals, 40 new hospitals to be built over the next 10 year period.

Ensure mental health treatment is on par with that for physical health via an additional £1.6 billion annual investment

Exclude NHS and medicine pricing from any trade deals and establish generic drug company; secure access to generics if fair prices are rejected for patented drugs.

Treat mental health with the same urgency as physical health

Introduce a wellbeing budget alongside the fiscal budget

End shortage of family doctors by 2025 through training and appropriate use of nurses, physiotherapists and pharmacists

Create a National Educational Service, with every adult entitled to six years of free study or training throughout their life

30 hours free preschool per week for two-, three- and four-year-olds

35 hours of free childcare a week for 2–4-year-olds, and for 9–24-month-old children with two parents working full time

Give every adult £10,000 to spend on skills and training

Recruit 20,000 more teachers as part of an extra 10 billion pounds in funding per year for schools

Borrow more to invest in infrastructure under loosened fiscal rules, to allow an increase of £13.8 billion of spending across all departments by 2021

Rates of income tax, national insurance and VAT would not rise

Raise threshold for National Insurance contributions from 8,628 pounds to 9,500 pounds in the government’s first budget

Tax multinational corporations based on the proportion of their sales, workforce and operations in the U.K.

Introduced real living wage of £10 hour for over 16s

Invest £130 billion in infrastructure, including energy, transport and schools

Set up an independent Office for Environmental Protection and introduce new legal targets, including for air quality

Include imports when measuring the U.K.’s carbon dioxide emissions

Introduce a 3% surcharge for foreign buyers of homes in England

Ban no-fault evictions, in which tenants are removed before the end of their contract without a proper reason

Give leaseholders the right to buy the freehold at an affordable price; end the sale of new leasehold properties

Rent to Own program for social housing tenants, with rent payments leading to outright ownership after 30 years

EU immigrants will only be able to access unemployment, housing and child benefits after five years

Seek to protect rights for both EU and U.K. citizens if Brexit goes ahead

Save EU freedom of movement