The Mayor of Istanbul Ekrem İmamoğlu was in London last week from the 13-15 November. 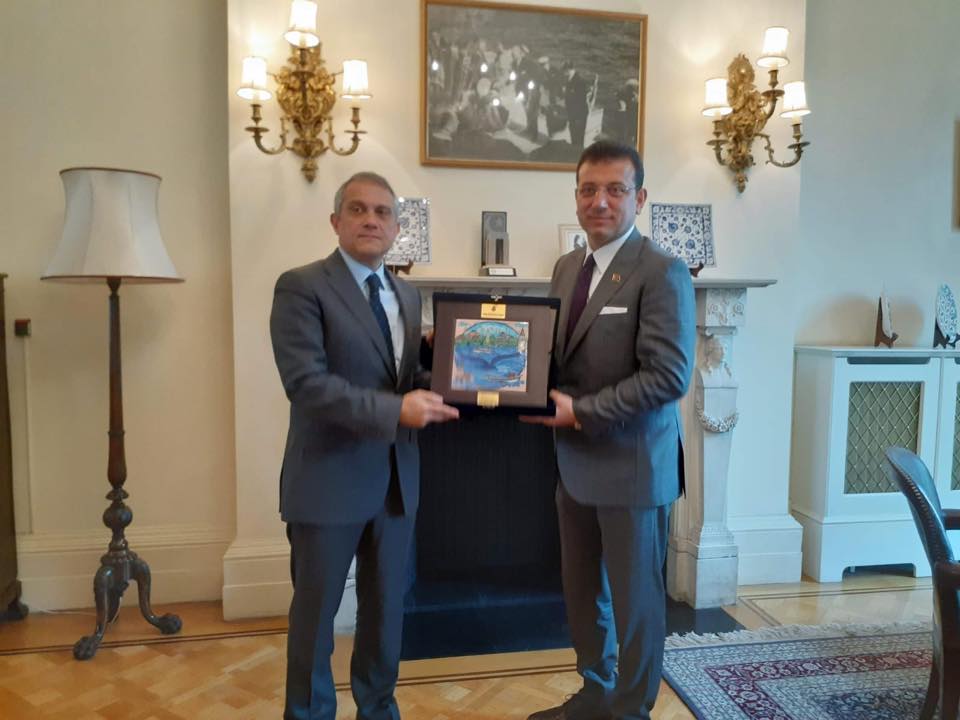 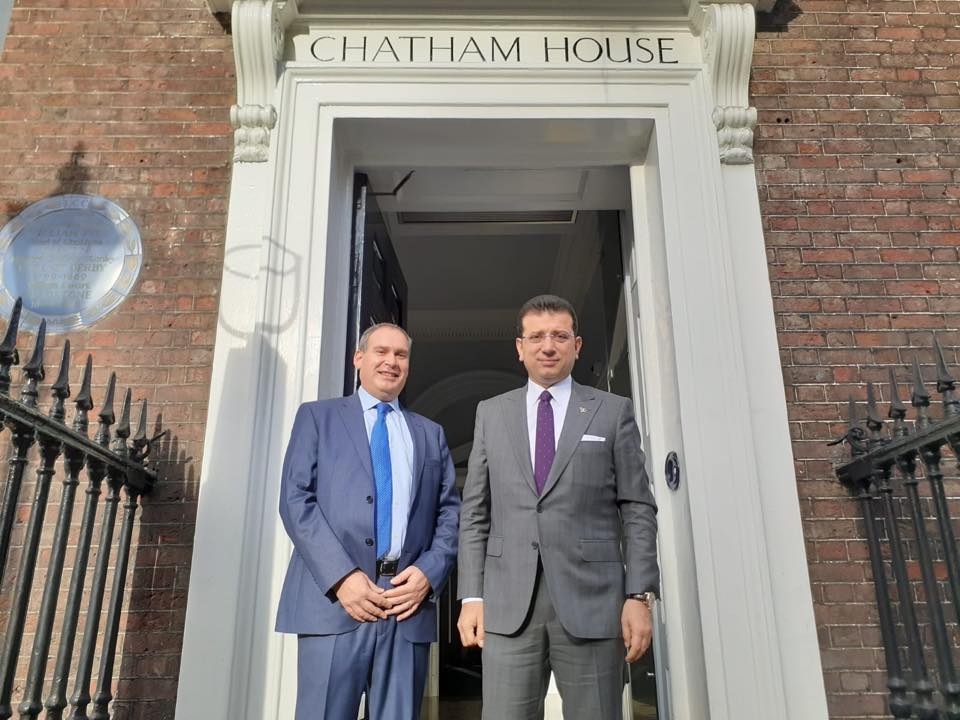 Following his morning meetings, Imamoglu went on to meet the Mayor of London at city hall, sharing on twitter: “We have held a great meeting with London Mayor Sadiq Khan in the name of making a fresh start between our cities. From now on, Istanbul and London will work very closely and with a common mind more than ever.”

Khan also tweeted about his meeting with İmamoğlu, writing: “It was a pleasure to meet the elected Mayor of Istanbul, Ekrem İmamoğlu today. It’s more important than ever that we strengthen London’s ties to major cities around the world.”

On Thursday evening İmamoğlu was in North London, taking to the stage at  Dominion Centre on Wood Green High Road, speaking to the Turkish speaking community in London at the open event which was filled.

Talking to Londoners İmamoğlu explain the importance of Istanbul’s position saying: “In Istanbul, we will show the world how strong a government we are and how we build a new strong democracy based on our values ​​while creating a city model that our people will be proud of while giving these messages to the world. Istanbul, when this improvement experience, the same image, you’ll see that reflected in Turkey. If you have a complaint in Turkey today, if there is lawlessness, if corruption, our people unhappy, the economy is distorted, if they are experiencing the largest unemployment in the last 30-40 years, if it is within our people shortage… Because Istanbul is Turkey’s motor power. If Istanbul good, Turkey would be good. If management ethics in Istanbul, believe it is reflected in Turkey. Public-law is protected in Istanbul, if people are treated well reflected in Turkey. Istanbul’s mission is great. That’s why our mission is so even greater”

İmamoğlu also spoke of the important connection Istanbul has with Europe and how this financial interest is important saying: “…Opinion, belief, that from, regardless of ethnic origin, 16 million patriotic citizens of the Republic of Turkey are behind us. That’s why we’re so confident in ourselves, that we’re gonna do all this. In order to achieve these processes in Istanbul, you have to be in good dialogue with the world. The economy doesn’t improve by shouting and calling like that. If you run your country or city merit, the morale and motivation of the people will make you stronger. We’re doing this in our city right now… I talked about my country’s values. I talked about the true values ​​and principles of my city. I explained how we look to the future with hope. I explained the potential of our city. 60 per cent of Turkey’s economy, I explained that there are in our town. You see yourself as the most important centre in the west of Europe, and the most important centre in the east of Europe is Istanbul… We, we do good works in Istanbul, it is not just the domain of Turkey is not only close to geography, but also in Europe, ‘I said. Thus, if Europe wants to be good, it should be good Istanbul, Turkey should be good; Do not forget this. To achieve this we must walk hand in hand, arm in arm.”

“There is no relative in diplomacy. In diplomacy, there is a relationship of attainment between countries. We are talented people. Our scientists, our productive people, our entrepreneurial people take their bread out of stone. If given the opportunity, there is no space to compete. That’s why, Istanbul and Turkey’s young population, vibrant people that is absolute and the absolute need for the world to Europe, and opportunities. We told them. We didn’t yell at anyone. They were very happy. We shook hands with basic principles. There was also the Mayor of London, there were other officials. We started with our ambassador in the morning and I had meetings until this evening. I say this for the following: You have a great responsibility. You must be one, you must be big, you must be alive, you should embrace each other… None of our citizens should exclude each other because of their opinions. We are very beautiful, very successful when we are together. You will be our power to come here from Istanbul and explain ourselves.”

Finishing his speech İmamoğlu said: “In this city filled with our young people prepared to learn, I also want them to be aware of Turkey focused on developing projects… Our eyes, our ears on these talented young people, no matter where in the world, their country, to contribute to that beautiful land will open their arm with love, embrace them with love, merit them on behalf of a city that will prepare… I express my respect and wish you success. ” 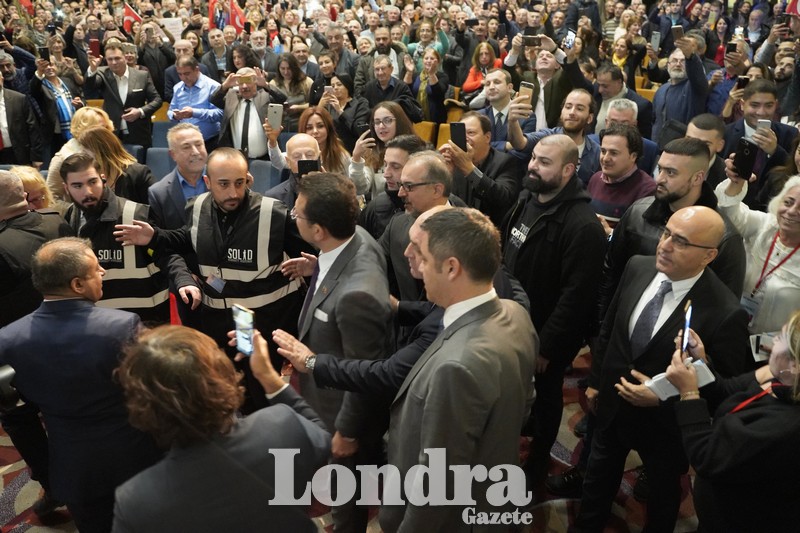 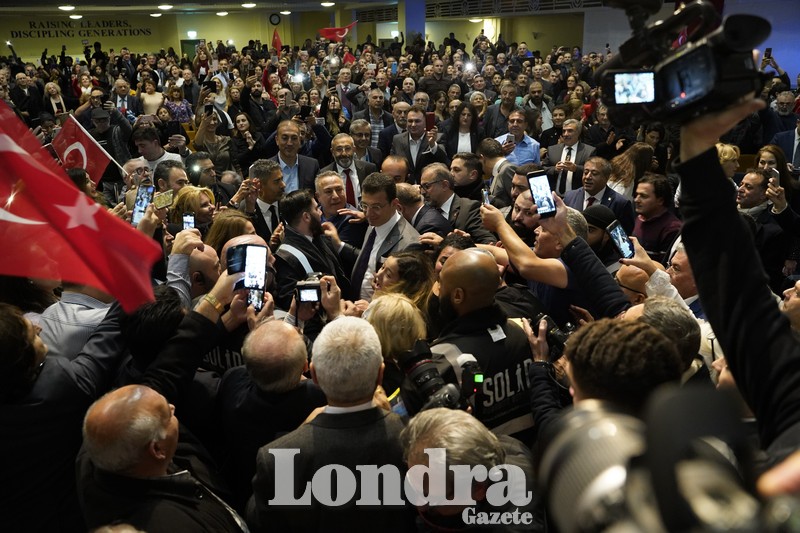 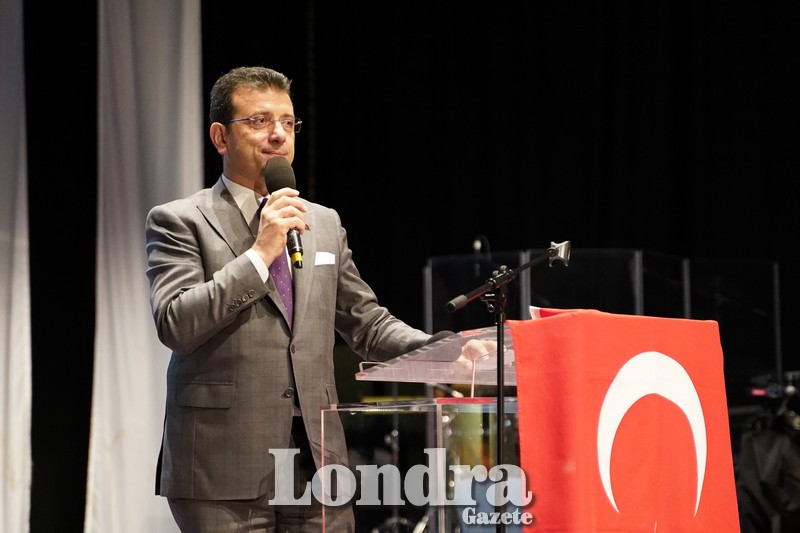 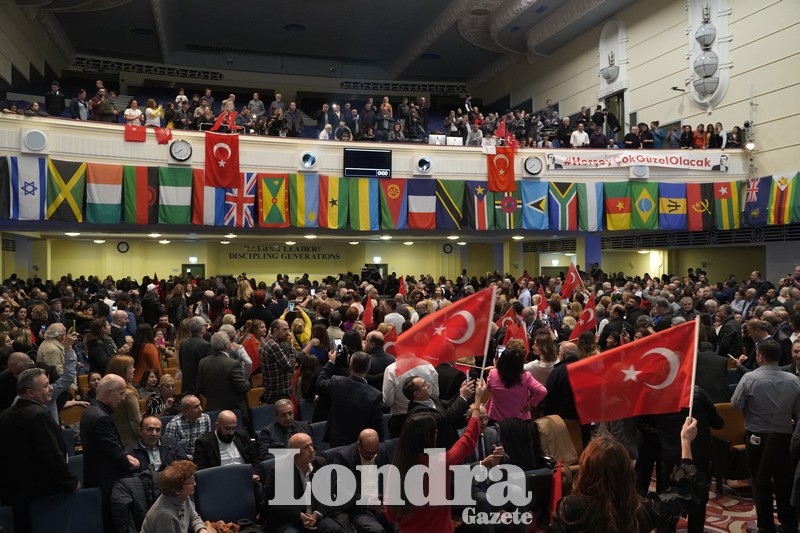 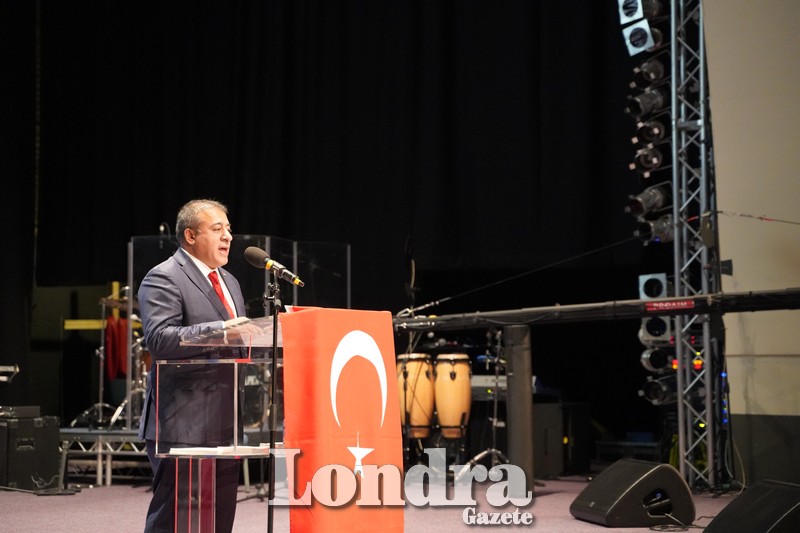 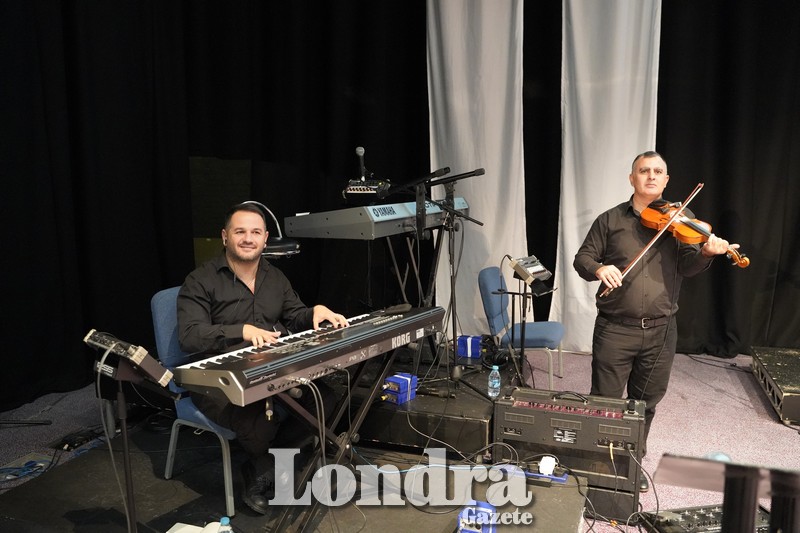 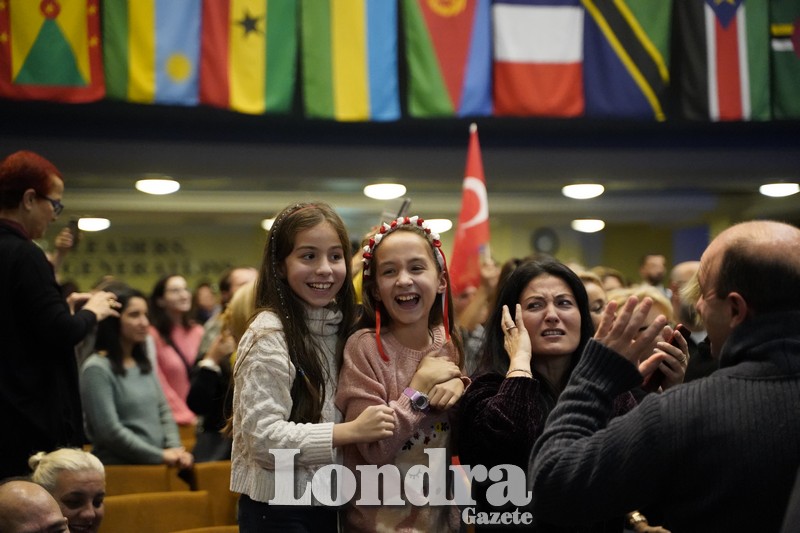 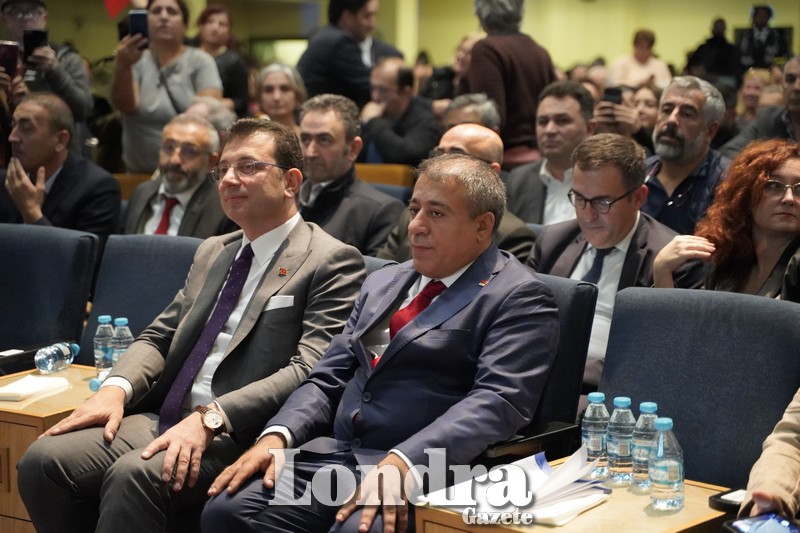 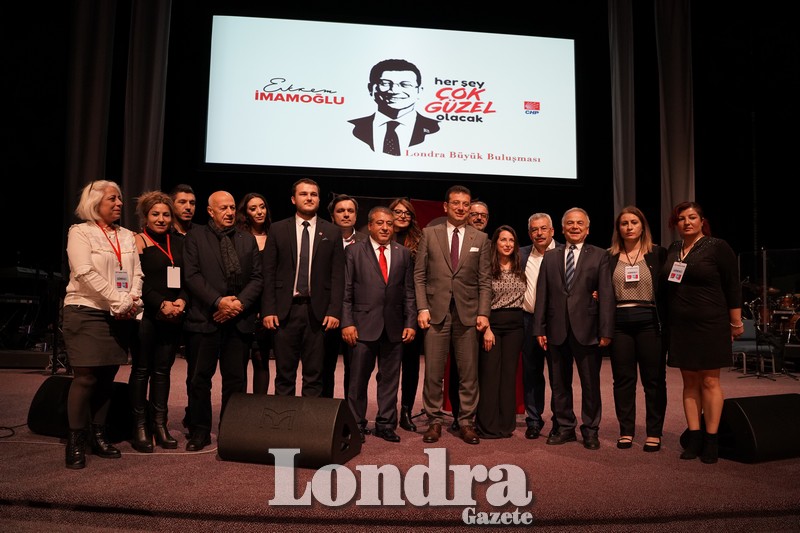 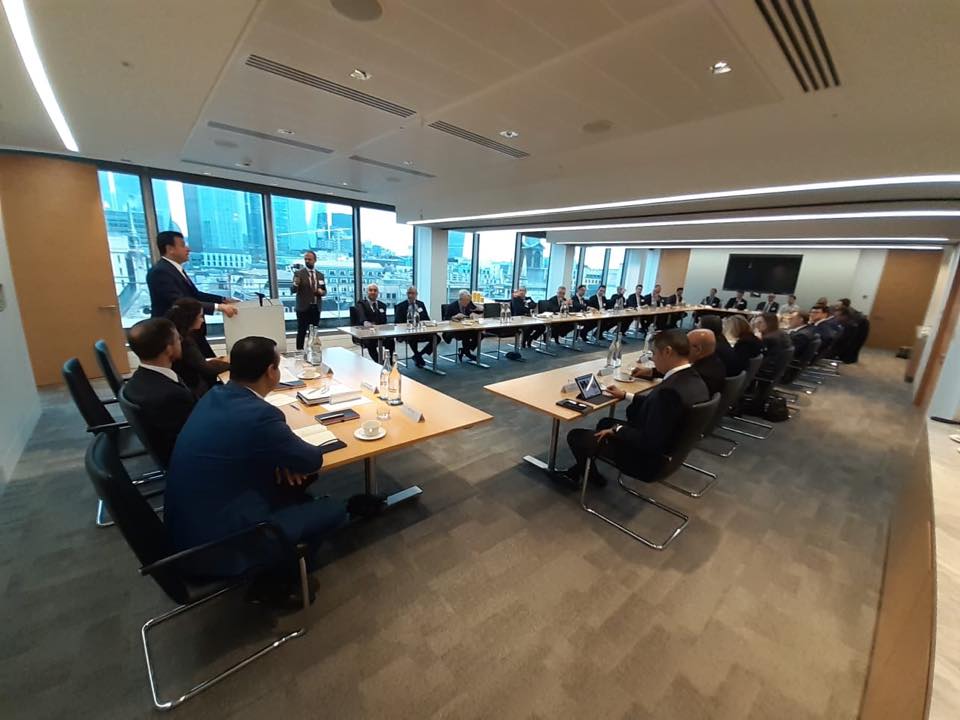