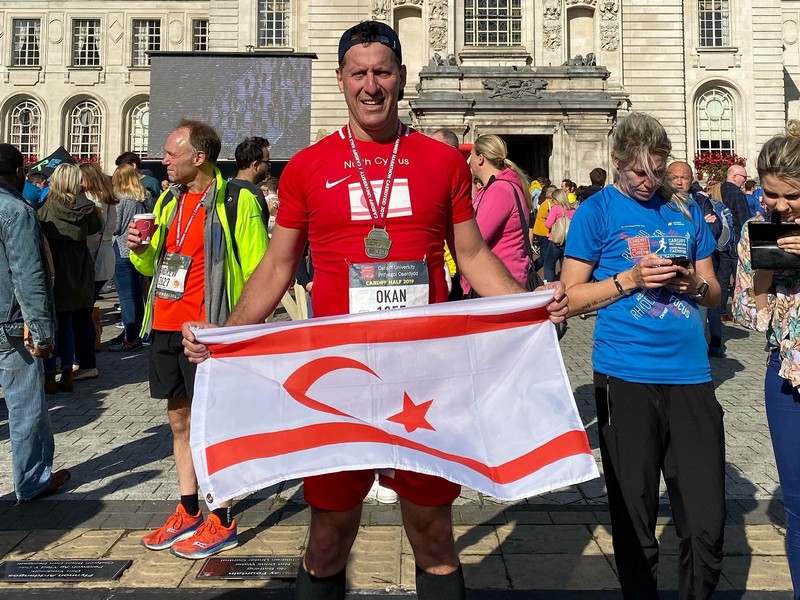 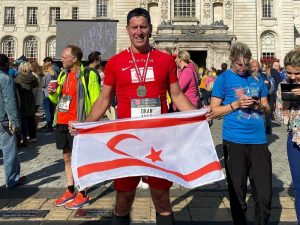 On Sunday 29 September the 37th Windsor half- marathon took place with some 6,000 runners taking part in. Speaking about the race Baysan said “I completed this race in a time of 1: 49:28 despite the rainy and windy weather.” Just 7 day later in Cardiff, Wales, Baysan was off again for the 16th Cardiff half-marathon, with over 20,000 runners taking part in the race Baysan completed it in a time of 1:44:24. 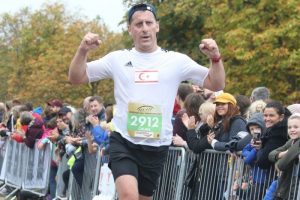 Also out showing their support for Baysan in Wale’s was the Turkish Cypriot Youth Association (KTGBi), Wales’s Representative Hüseyin Alşan. Baysan said “The goal of communicating with KTGB is to include young people interested in sports and running in the 2020 program. We must always protect our Turkish Cypriot identity and our goal of making our voice heard in the world through sports.”

With his last marathon for 2019 scheduled on Saturday 19 October in Bilbao, Spain Baysan will be flying the flag for North Cyprus for one more time before he closes this year 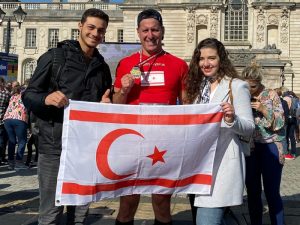