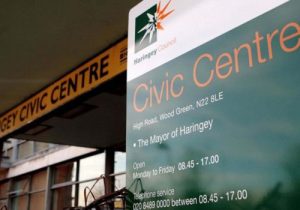 Haringey council has reported that if the UK leaves the EU without a deal there could be a rise in hate crime and public disorder.

The council’s Brexit risk register says public disorder as people protest against Brexit and its effects could be “severe” in a no-deal scenario, although it would mostly take place outside of the borough.

The document also forecasts a high likelihood of a spike in hate crime as Brexit occurs. It adds there could be severe disruption to supplies and services if the UK leaves the EU without a deal.

Other risks include a blow to council finances, disruption to food and medical supplies and problems hiring staff in key areas such as social care.

Haringey Council has been taking action to ensure it can lessen the impact of any disruption caused by Brexit. It has also set up a dedicated webpage with information and support for businesses and residents