The 15th of July commemoration at the Turkish Embassy in London 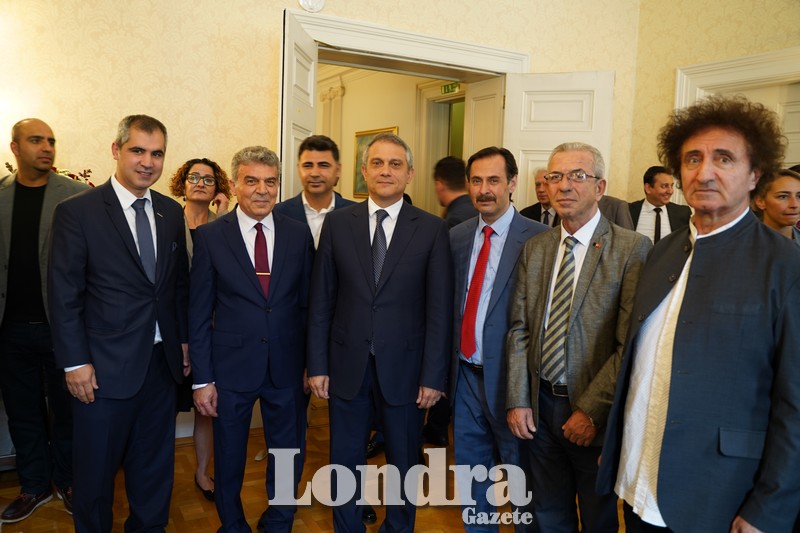 The 15th of July marks Turkey’s Democracy and National Unity Day, in London Turkey’s Embassy the day was commemorated with a ceremony, which was attended by representatives of the Turkish community and organizations.

Speaking at the ceremony, which started with a minute of silence for the martyrs and the reading of the National Anthem, Ambassador Yalçın said that a long-term struggle was given against FETÖ and that this struggle gained different qualities abroad. 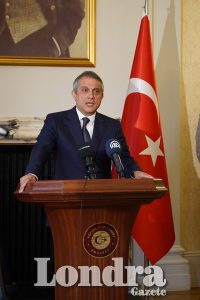 “It required combating the extensions of an insidious organisation overseas, far more intricate and organized in 160 countries,” Yalcin said that this requires a patient and determined strategy.

Yalcin, stating that the foreign leg of the struggle aims to narrow the areas of action of FETÖ militants, saying “Their presence in Turkey to be brought them, the effort was made to remove them to justice. Or our borders beyond removed them or refund requests were studied to finalize the legal process.” 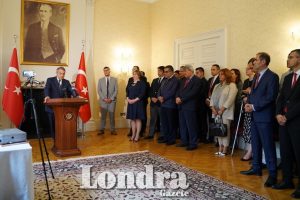 Yalçın pointed out that the legal processes towards this aim have been initiated in the UK and said:

“There have been requests for extraditions. There have been court proceedings related to the returns of some of them. The British authorities have also approached us positively, but all those courts and high court proceedings have unfortunately failed to reimburse. In this respect, we have suffered severe sorrow and disappointment, but these struggles will continue and different files with different processes will continue to follow them. ”

Yalcin recalled the attempted coup that took place3 years ago in turkey saying that “With the courageous stance of our President and our people, this initiative was repulsed and this insidious plan was destroyed.”

Also expressed his gratitude to all the Turkish citizens living in England that on the night gathered outside the embassy in unity to show their support for democracy. 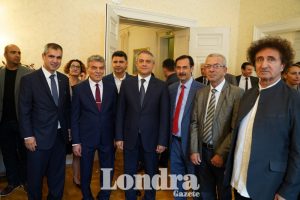 Yalcin, underlining that the struggle will continue on this path, it is not only the state but also said that the responsibility of civil society and individuals.

Speaking at the ceremony was Enes Babacan a July 15 veteran shared his experiences with the guests that night. While at Ataturk Airport, trying to help a young martyr he was hit in the chest and arm was shot injured in the Babacan, “We are the Turkish nation. He is not our army, we know.” said. 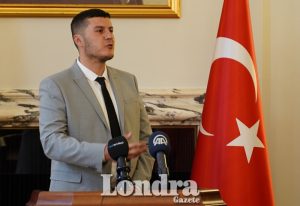