Namık Kemal and Chesterfield waves in the holidays 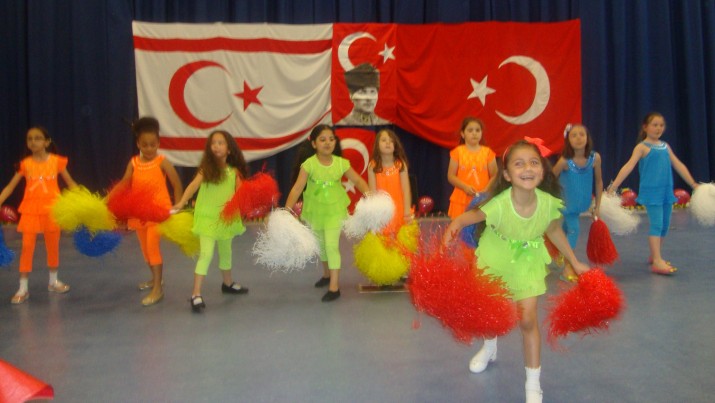 The Namık Kemal Turkish School ended its 25th term with a ceremony last Saturday at its Southwark building.

In an event attended by Turkish Cypriot representative to London, Oya Tuncalı, and her husband İhsan, headteacher Gülten Hasan presented departing teachers Ülgen Genç and İldem Temiz with crystal plaques and bouquets of flowers to thank them for their service.

The ceremony was also marked by performances from the children, including poetry, songs and dance. The poems were on such topics and proverbs, school, teachers, books, parents, traffic, health and the love of trees.

The children were then presented with their end-of-year certificates of achievement.

Namık Kemal School has been operating on Saturdays in the City of London Academy on Lynton Road, Southwark, since 1989.

The children will all be taken next week on a trip to Brighton to help them say “Hello to Summer”.

Chesterfield Turkish school marked the end of term with a ceremony of its own.

Folk dancing was the order of the day at the school in Enfield, with young and old both taking part.

A DJ and a saz troop were present to add a musical element to proceedings, while a number of departure teachers were presented with plaques to recognise their time at the school.

The new term at Chesterfield, which teaches Turkish, English, Maths and other classes to around 100 students, begins on the evening of Friday 12 September.