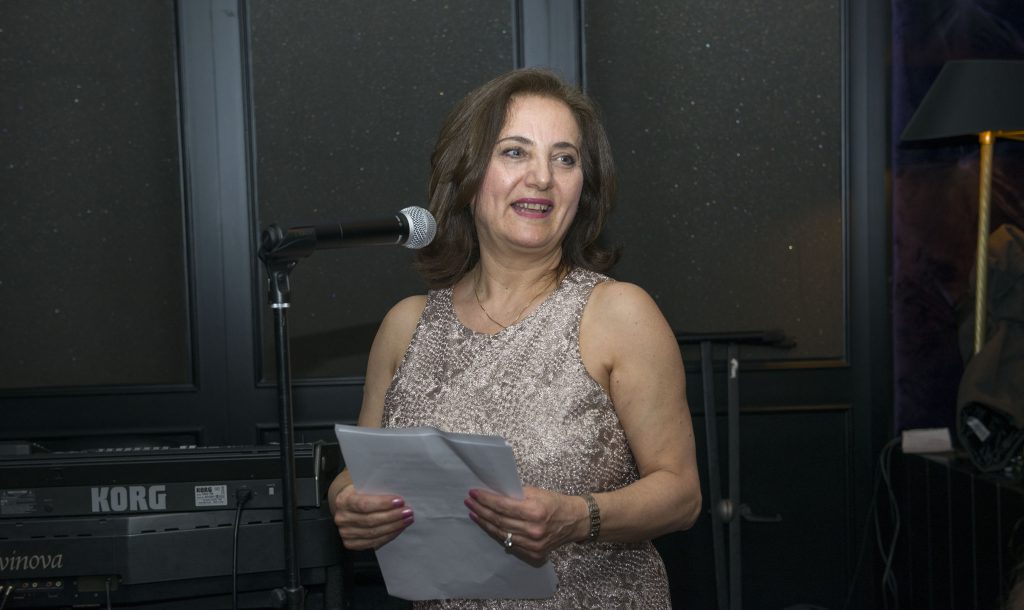 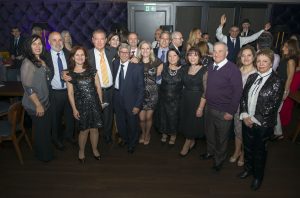 THE Turkish Cypriot Engineers Association of the UK (TCEA), organised a dinner and dance for the association 33rd anniversary with proceeds going to the Lefkoşa S.O.S Children’s home in North Cyprus.

The benefit took place at Kibele restaurant in central London, with the member of the TCEA gathering together and TRNC London Representative Oya Tuncalı with her husband Tuncel Tuncalı.

TCEA’s president mechanical engineer Dr Esin Sırrı in her opening speaks welcomed Tuncalı and her husband, thanking them to join the event.  Also at the event supporting his wife was the community well knows Dr Teoman Sırrı MBE.

More than 100 guests attended the ball. Dr Esin Sırrı said “We are so happy to see so many beautiful and helpful people join together. I would like to thank our board members and especially our social secretary Mine Bayar for the preparation of this night.”

Reminding that TCEA has a history of 33 years, Dr Sırrı stated that their presence was recognised in the UK because their institutions successfully represented the Turkish Cypriot people in various technical fields.

Adding “Last October, one of our members Mehmet Karamanoğlu’s roboton exhibition in the British Parliament to help elderly people, Prof. Esen Bayar has been awarded three time by the Queen Elizabeth II and Mechanical Engineer Füsun Nadiri’s was chosen as this year’s winner of the International Women award by the Turkish Women’s Philanthropic Association (TWPA) is a source of honor for us all. Our association serves all the Turkish-speaking community.”

Drawing attention to the need for young members, Dr Esin Sırrı concluded; “… Encourage our people who work or study in engineering and technical fields to become members of our association. Young people are needed to continue this unity. Our association has also contributed to various charities in Northern Cyprus and Turkey. This evening will be donated to the Lefkoşa S.O.S Children’s home.”

PM to ask the EU to delay Brexit again