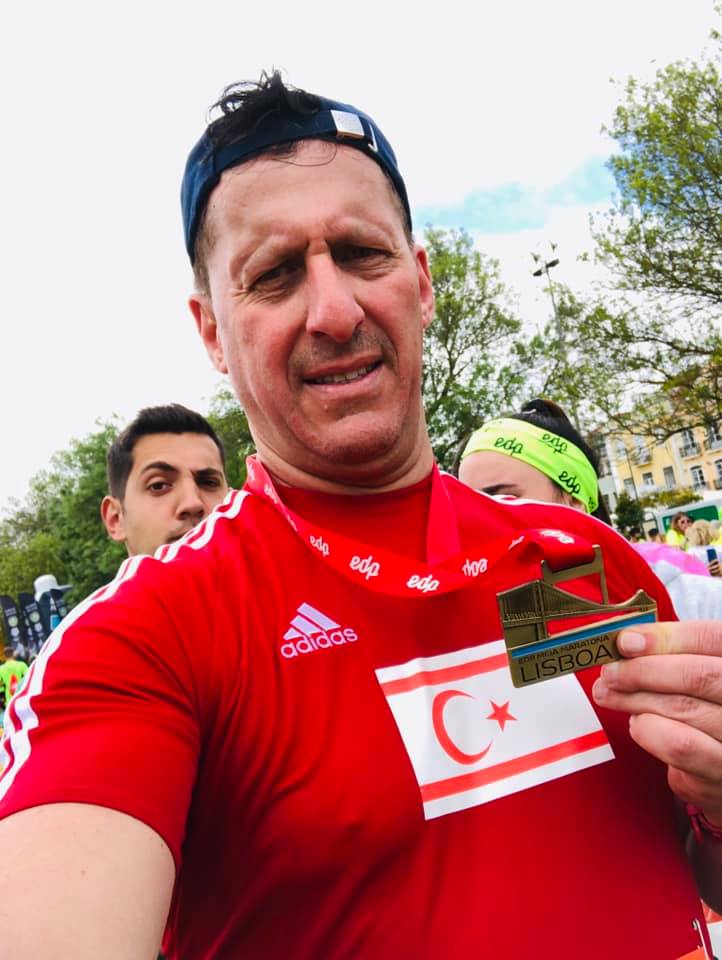 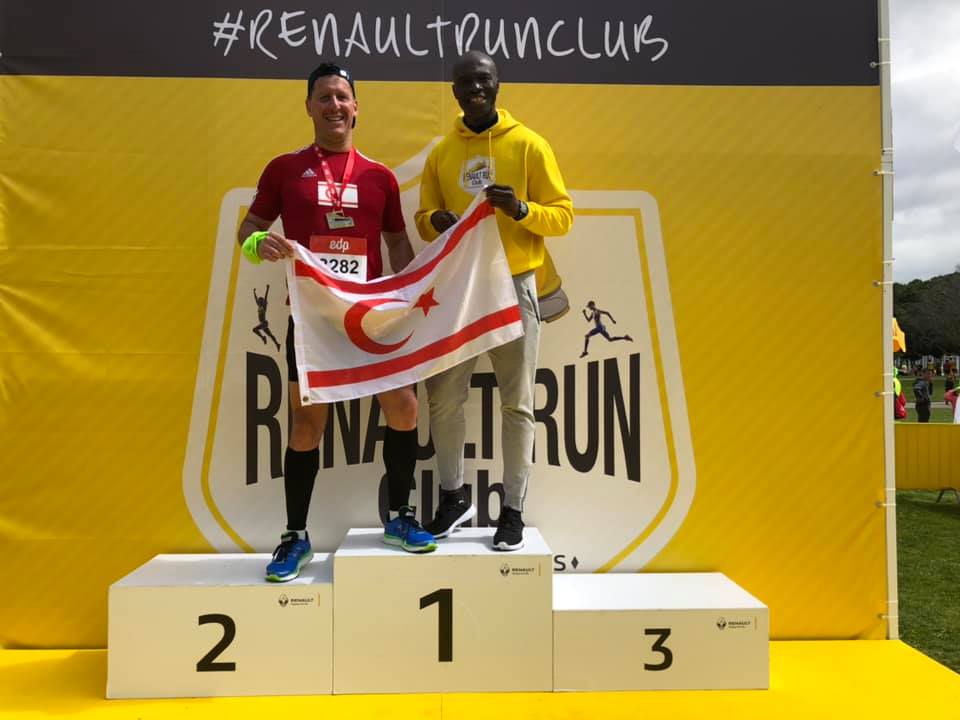 OKAN Baysan, participated at the 2019 EDP Lisbon marathon held in Portugal last weekend and made a meaningful run for the TRNC. Lisbon Half Marathon, also known as Portugal’s most important run, was held on March 17th Sunday with an excellent organisation sponsored by EDP.

More than 35,000 participants participated in this race, which has runners from all over the world. Kenyan and Ethiopian elite athletes closed the first three races of the 21km run, starting from the 25 April bridge and continuing along the river.

Speaking to Londra Gazete about the EDP Lisbon marathon, Okan Baysan said: “I participated in this marathon with my Turkish Cypriot identity and I finished this race with duration of 1:48. I was honored to participate in this race and proudly carry out flag and introduce our presence and identity to the world once again at an international event.

At the end of the race I found the opportunity to meet the first runner-up 28-year-old Kenyan athlete Erick Kiptanui, he told me that he came to Cyprus for a holiday before but this time he said he will especially come to North Cyprus. As part of the 2019 running program, the next race will be the London Landmarks Half Marathon on March 24 and we will also introduce our identity within sports in London.”

The London Landmarks Half Marathon is a central London run and is the only half marathon which will go through both the City of London and City of Westminster. From cultural landmarks and heritage to the city’s quirky and hidden secrets, runners get to explore the capital on a route like no other.

The run starts on Pall Mall, finishes by Downing Street and has fabulous views of London’s most iconic landmarks including Big Ben, St Paul’s Cathedral, Nelson’s Column, the Gherkin, the Shard, the Tower of London and the London Eye.