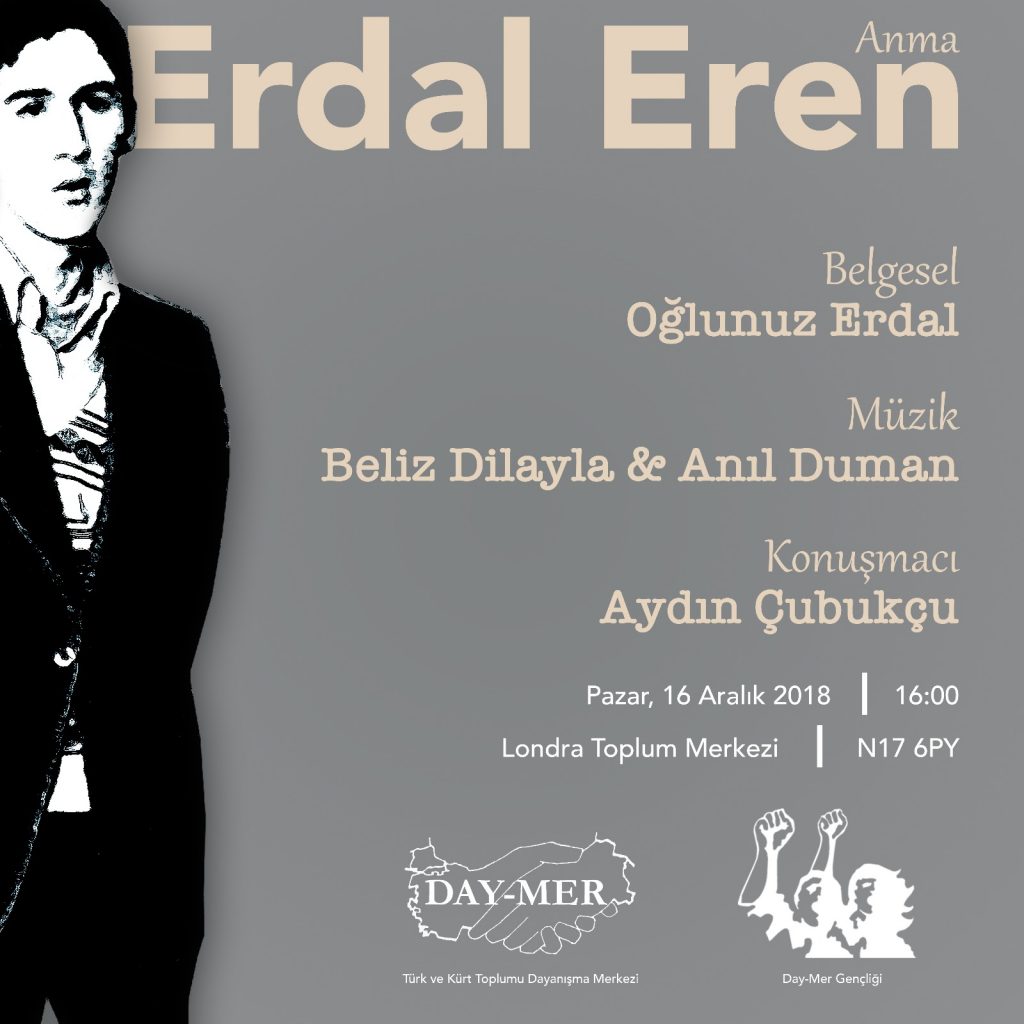 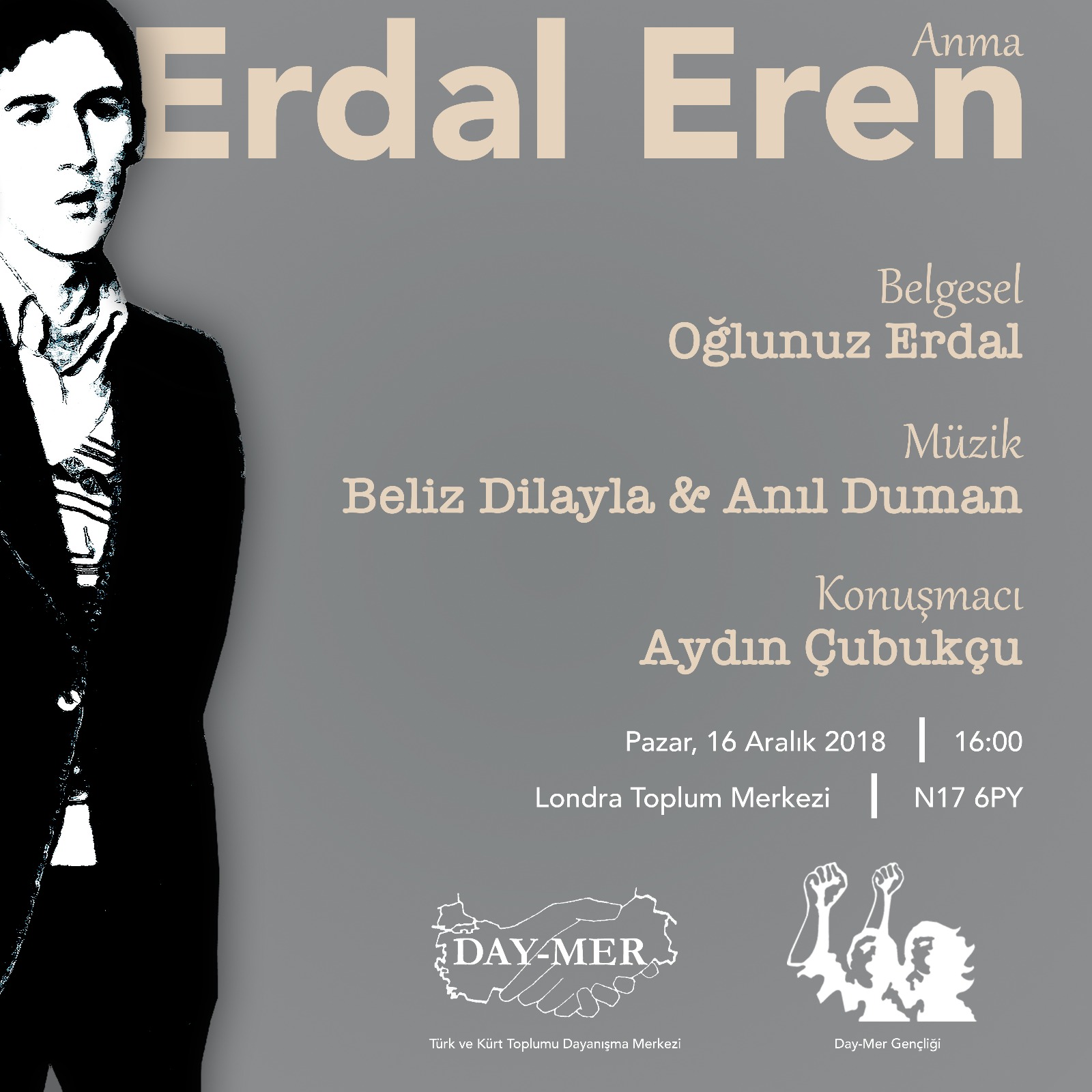 THE 17 year old revolutionary student Erdal Eren will be commemorated by Day-Mer on Sunday, 16 December.

According to the statement by Day-Mer, a commemoration event has been organised to remember Erdal Eren who was hung by millitary officials which led the September 12 coup of 1980.

The commemoration even will take place at the Day-Mer community centre on Sunday 16 December at 16:00pm.

A documentary will be presented to the particapants, Beliz Dilayla and Anil Duman will play live musice also the speaker of the event will be Aydin Cubukcu.

Erdal Eren was arrested during one of the student protests that were widely held across Turkey before the coup. During the march held in February 1980 to protest the killing of Sinan Suner – a student of METU and a member of Patriotic Revolutionary Youth Association

Though Eren was 17 years old, his age was marked down by military regime as 18 in order for his execution to be legal. His execution was carried out also despite counter-evidence in his case.