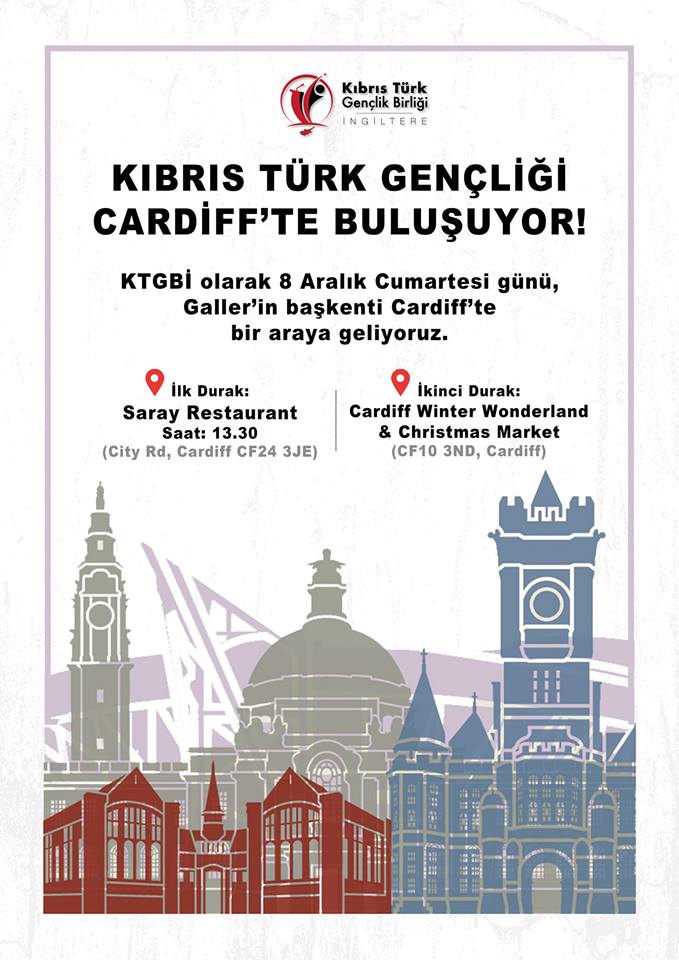 THE Turkish Cypriot Youth Union (KTGB), which was founded by young people born in the UK or by those who came to the UK to study from Cyprus.

The Turkish Cypriot Youth Union announced that they have arranged a trip to Cardiff whereby the youth from London will come together with the youth in Cardiff.

With motion of bringing together the Turkish Cypriot youth living in the diaspora with a structure of unity and solidarity, the Turkish Cypriot Union has organised this visit and ehmpahsized that they aim to form a strong voice by combining the young people under one roof.

On Saturday, 8 December the young people will be meeting at restaurant in Cardiff and after their lunch meal they will visit Winter Wonderland and the Christmas markets.

KTGB Vice Chairman Mustafa Aşık underlined the excitement of bring young people in London and Cardiff together, he said:

“Young people who were born and raised in London will come together with young Turkish Cypriot students which came from Cyprus to study in Cardiff on Saturday.  In this way, we aim to establish bridges between Turkish Cypriot youths .

As the Turkish Cypriot Youth Union, our main goal is to unite young people under a single roof and create a strong voice, hence this way it will be easier to identify their problems and clarify solutions.”