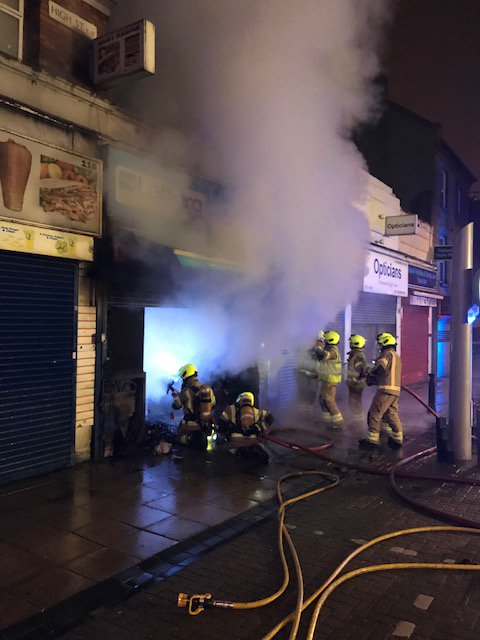 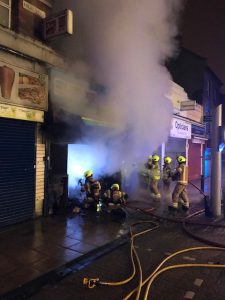 Ten fire engines and around 70 firefighters were called to a fire at a shop with flats above on High Street, Walthamstow, this morning.

A mobile phone shop was destroyed in the blaze.

Three adults and four children left the building before the Brigade arrived. Two of the women who left were treated at the scene by London Ambulance Service crews for smoke inhalation and taken to hospital.

The High Street and Selborne Road were closed.

The Brigade was called at 0502 and the fire was under control by 07.52, but firefighters will remain on scene throughout the day. Fire crews from Waltham Forest, Leyton, Tottenham, Leytonstone, Homerton and surrounding fire stations are at the scene.

The cause of the fire is under investigation. 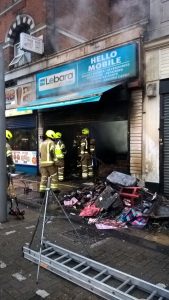