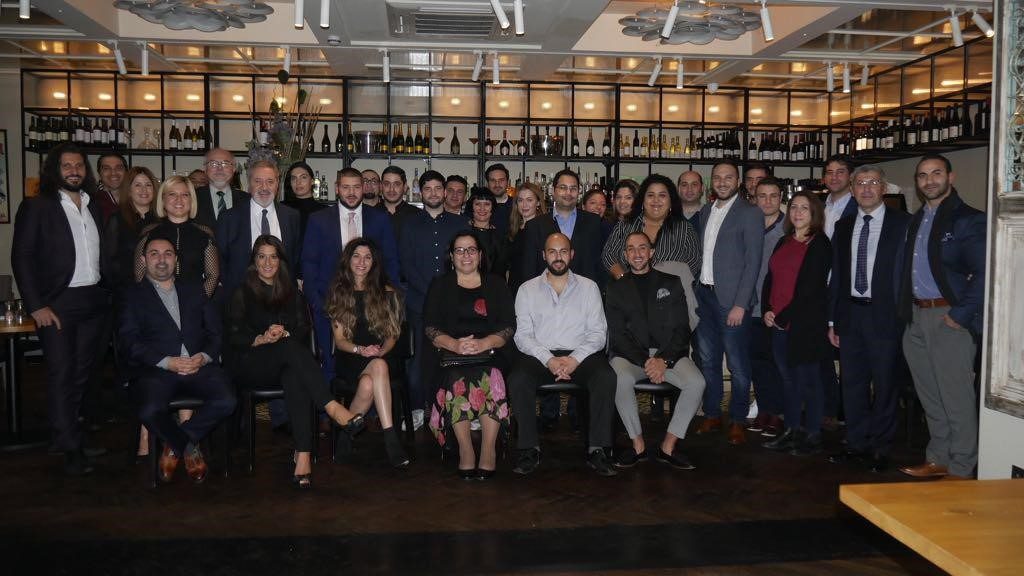 THE second social gathering of the British Turkish Cypriot Professionals (BTCP) was held in Cockforsters in London at La Petite Auberge.

The President of the BTCP Eda Ayyıldız and board members; Fatma Hussein, Hilmi Osman, Ceyhun Sesigüzel and Emre Gurler attended to the gathering.  TRNC London Representative Oya Tuncalı and her husband Ilhan Tuncalı also attended to the gathering, whereby there were 60 young Turkish Cypriot professional business people. The opening speech was made by the BTCP President Eda Ayyıldız. Ceyhun Sesiguzel gave information about the programs and projects of the BTCP, also emphasized the importance of coming together even for a coffee.  Tuncalı, gave a short speech during the gathering, and stated that the Turkish Cypriots had a strong social structure in England for decades, however they had always experienced the lack of young and professional organisations.  Tuncalı congratulated the group, which realised this lack in society and reached a high number of members in a short time. Tuncalı further asserted that this union will support each other in business, professional and social life, also support the society by introducing the Turkish Cypriot identity.  Tuncalı added that they were ready to provide all kinds of support required.