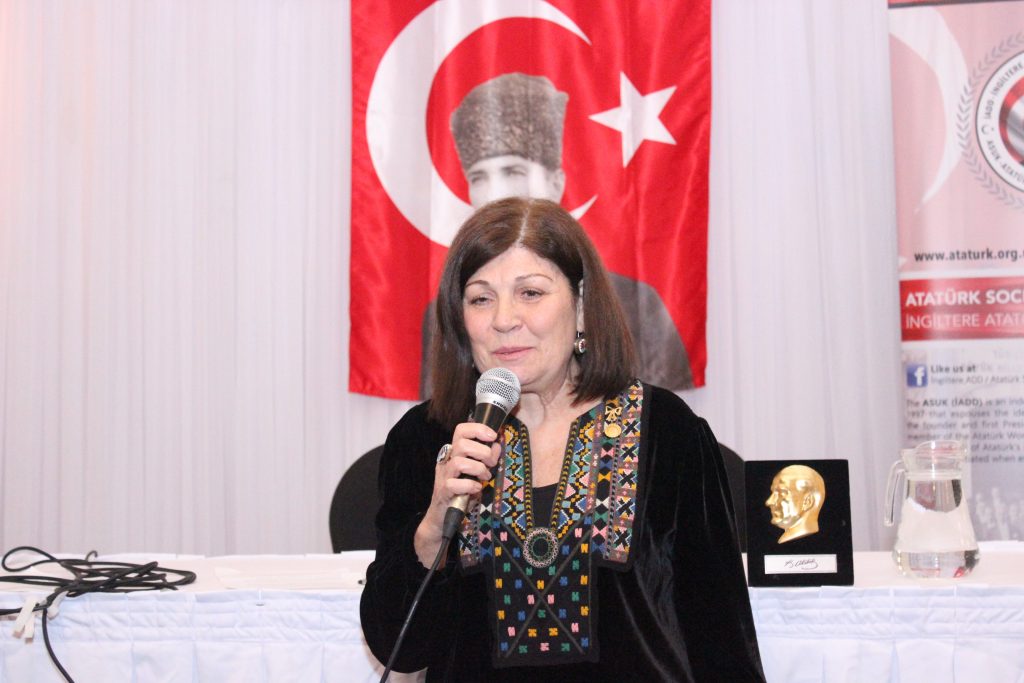 MUSTAFA Kemal Atatürk was commemorated on the occasion of the 80th anniversary on a memorial event organised on Wednesday, 7 November at Grand Palace.

The opening speech was made by the IADD President Jale Özer.

Özer stated: “We commemorate Mustafa Kemal Atatürk, our great leader, with love and respect. Our leader’s presence will never diminish and he will stay immortal.

November 10 should not be a day of mourning, but the day whereby Atatürk’s thoughts are and understood and enlarged to a wider population.

The first way to understand Mustafa Kemal Atatürk is to comprehend his thought system, the resources of that system, and the perspective of the problems and the techniques of solving these problems. In addition, it’s important to understand his personality, feelings and his belief in his nation.

The most distinguishing feature of the Kemalist thought is that it is open to development in the light of reason and science.

Süheyl Batumi, who was invited as a speaker to the program, was not able to come to London due to the delay in his passport transactions, therefore, Süheyl Batumi could not attend the event.

Batumi participated in the event with a video conference. He apologised for not being able to come to London.