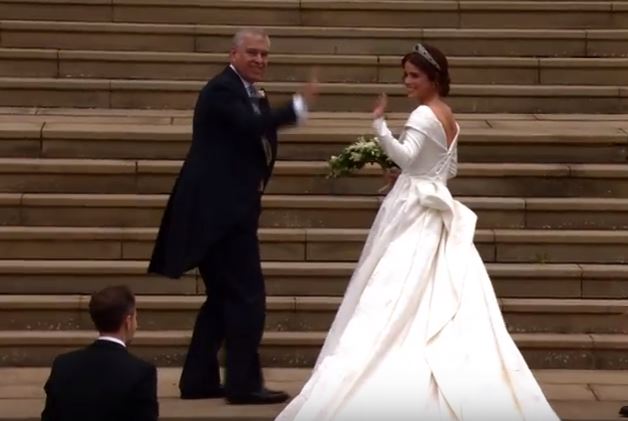 Princess Eugenie, who is ninth in line to the throne, is the daughter of the Duke of York and Sarah Ferguson, and the granddaughter of the Queen, will be marrying Jack Brooksbank at Windsor Castle today.

Around 850 guests attending are attending with the familiar faces of Hollywood stars Demi Moore and Liv Tyler, as well as British model Naomi Campbell Robbie William and his wife and their daughter, Theodora who is one of the bridesmaids

The Duke and Duchess of Cambridge’s children, Prince George and Princess Charlotte, will once again take on pageboy and bridesmaid roles.

The other pageboy is Louis de Givenchy, six, the son of friends.

The 28-year-old and drinks executive Jack Brooksbank, 32, are tying the knot at St George’s Chapel – where Prince Harry and Meghan Markle married in May. 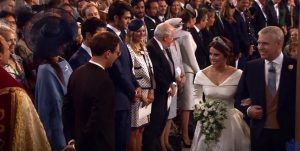